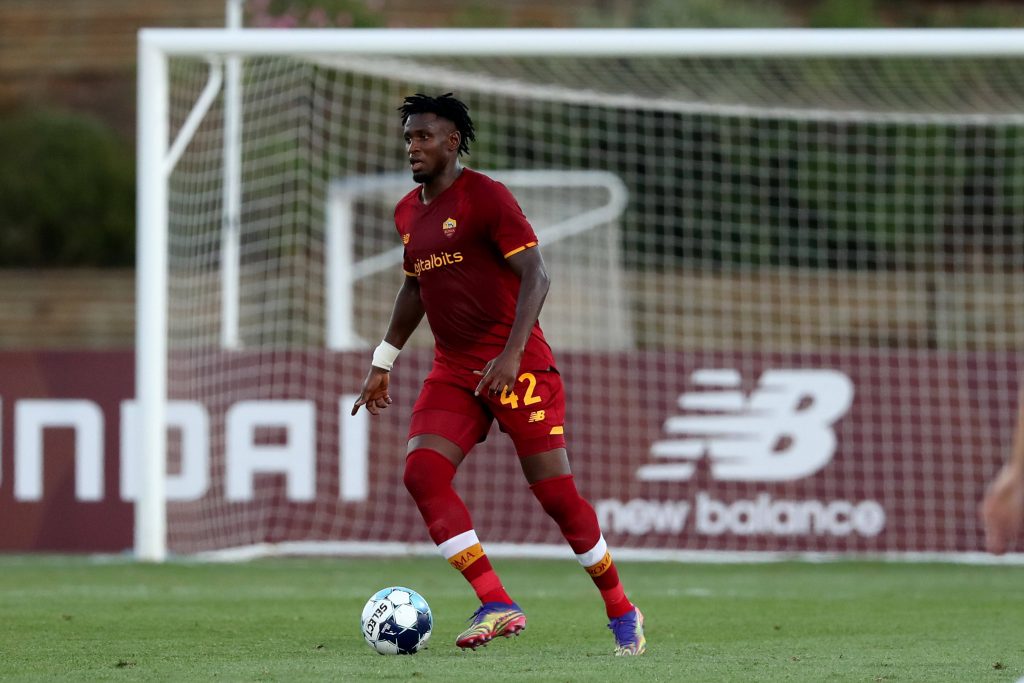 Wolverhampton Wanderers have to pay just £10 million for Roma ace Amadou Diawara, according to a report from Il Tempo.

And the move is reportedly now totally dependent on whether the 24-year-old actually wants to move to Molineux.

Bruno Lage could certainly do with strengthening his central midfield department with the future of Ruben Neves still uncertain.

Diawara is a name who has been persistently linked with a move to Wolves over the past few weeks (Siamo La Roma).

And the Guinea international would be a really useful addition for the Black Country outfit.

Wolves move entirely down to Diawara

That’s according to Il Tempo.

It is suggested that Wolves can sign the Roma star for just £10m. What an incredible bargain that could be.

In 18 league games for the Serie A outfit last season, the Guinean averaged 0.7 tackles and 0.7 interceptions per game.

He also averaged 25.9 passes per match with a massively impressive completion rate of 89.7 %.

Diawara is a tough-tackling, energetic central midfielder. He seems to be ideally suited to playing Premier League football.

The Guinean ace would certainly add more bite and tenacity to Wolves’ play in the middle of the park – two things that they desperately missed last season.

£10m sounds like an absolute steal for Wolves. However, whether the player actually wants to move to Molineux remains to be seen.