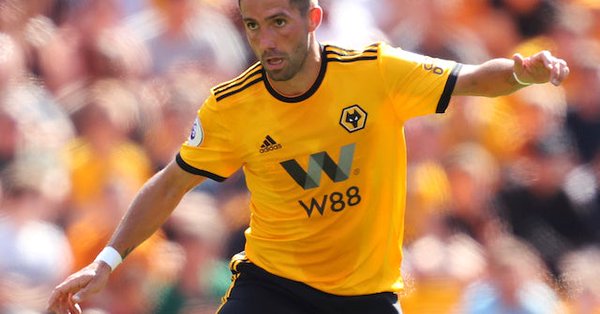 Wolves are still searching for their first win this season after they managed a 1-1 draw against reigning champions Manchester City in the Premier League clash on Saturday at the Molineux.

Pep Guardiola’s side enjoyed lion’s share of possession and created some very good chances, but Wolves were up for the task. They showed great character and the result meant they have lost only twice in their 28 home games in all competitions under Nuno Espirito Santo.

Willy Boly opened the scoring for the home side though it was a contentious decision as it appeared that the ball struck his hand. In the 69th minute, Aymeric Laporte scored from a header meeting a smart cross from Ilkay Gundogan.

There were some very good performances from Wolves, with the likes of Coady, Neves, Patricio and Boly, all impressing. Joao Moutinho was outstanding in the midfield alongside Neves and Wolves fans were impressed with his efforts.

Credible performance that against one of the best sides in world football. Moutinho & Costa both outstanding

Moutinho was amazing too today

He’d be best suited in the back 3 tbh, Neves and Moutinho are amazing at the moment

Moutinho was busy throughout the game, and demonstrated some wonderful vision going forward. He made 46 touches, made two key passes with an impressive 81.8% accuracy.

The Portuguese midfielder also made three tackles and one interception during the game, according to whoscored.com.