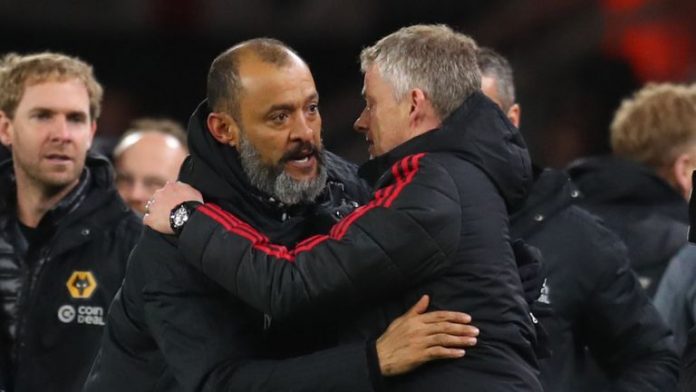 Manchester United visit Wolverhampton Wanderers on Monday eager to build on their impressive opening. to the Premier League season.

The Red Devils began the campaign with a 4-0 victory over Chelsea to get their fixtures off to the perfect start.

United will be without Eric Bailly for the trip to Molineux, but manager Ole Gunnar Solskjaer has no other injury concerns.

However, Solksjaer may consider a change in midfield with Nemanja Matic in line to be given the nod ahead of Andreas Pereira.

Wolves kicked-off their season with a 0-0 draw at Leicester City and will be keen to build on that result in front of their own fans.

Nuno made nine changes for Wolves’ midweek Europa League win over Pyunik, but will revert to his strongest starting XI for the visit of United.