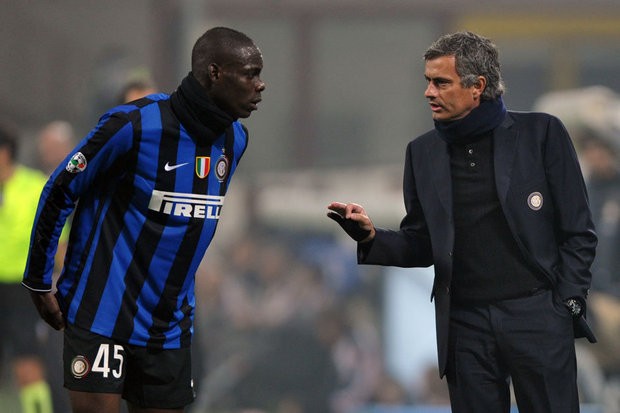 In surely one of the most bizarre transfer rumours of the summer, Italian daily La Gazzetta dello Sport has claimed that Mario Balotelli could be offered to Manchester United. The striker is currently at Liverpool, but doesn’t seem to be making in-roads when it comes to impressing manager Jurgen Klopp to get some playing time. He has made only 16 appearances in the Premier League for the Reds since moving in 2014 from AC Milan, scoring just once.

According to the rumours, Balotelli’s agent Mino Raiola has given priority to the Premier League clubs for the player’s next move, and Man United are one of the names on the list. Jose Mourinho did previously work with the Italian at Inter Milan, but an reunion seems unlikely, especially considering the options the Red Devils already have at their disposal. Zlatan Ibrahimovic has got off to an absolute flyer, while Anthony Martial and Marcus Rashford can be more than able back-ups in that centre forward position if called upon. Signing a player like Balotelli, who is never too far away from some shenanigans, doesn’t seem like the right move at the moment when the club is looking to rebuild after three difficult seasons.

Another English club mentioned on the list of the 26 year-old’s possible destinations is Crystal Palace. The London club only recently signed Christian Benteke from Liverpool for a club record £27 million, and are therefore unlikely to splash the cash again.

Football Italia links Balotelli to a variety of Serie A clubs, including Bologna, Pescara, Chievo, Sassuolo and Lazio, along with French Ligue 1 outfit Nantes. It is highly improbable though that any of these clubs are going to be able to match the player’s annual wages of €6 million. Remaining in England is the most ideal situation for the controversial forward but at the moment, it is difficult to find any takers.