£80 million is a lot of money; the debate goes on over whether the world player of the year is worth it. In the meantime Manchester United has to find someone to replace a midfielder who gets around 30 goals a season. A tough ask for any manager, but the good news that comes with this is that Manchester United can now afford any player in the world. Here we look at the candidates who can fill those boots:

Karim Benzema – The Lyon and France striker has long been rumoured with a move to Manchester United. Could this be the year he moves? Last season Benzema notched up 23 goals in 47 games and the season before 31 goals in 52 games. An unproven striker on the big stage with only 6 goals for France but is he worth the punt? The striker is obviously held in high regard with Alex Ferguson but would he be prepared to spend approximately £30 million on a striker who could be a hit or miss signing so soon after over spending on Berbatov? 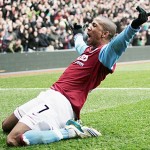 Ashley Young – The Aston Villa and England winger was touted as a world beater early on in 2009 after performing so well in Villa’s chase for the Champions League places. Towards the end of the season he did start to fizzle out and looked tired. After recently breaking into the England squad Alex Ferguson would be a fool not to look at him as a possible replacement. He has the same sort of ability to go past a defender and can pull out a trick or two if needed. He may not be as prolific in front of goal as Ronaldo but his ability to create chances would replace that.

Wesley Sneijder – The 25 year old only joined Real Madrid in 2007 and impressed during the European Championships. With Aren Robben and Cristiano Ronaldo likely to be at Real Madrid next season competing for places, will the Holland international look for regular football elsewhere? Sneijder has the potential to score 20 goals a season even if he has yet produced that sort of form. However, he is soon to reach his peak and Real Madrid would want to get some high earners off the wage bill to cope with Ronaldo’s demands. United are unlikely though to want to exchange high amounts of money over a Sneijder deal as it would technically devalue the £80 million they got for Ronaldo in the first place, and this would cause a stumbling block.

Antonio Valencia – The Wigan midfielder has reportedly been the subject of a £16 million bid from Manchester United already. The Ecuadorian midfielder is a favourite of Fergie’s, with the Wigan Chairman claiming that the United Manager has had someone watch him during every game this season. The player is tried and tested at Premiership level and looks like he could comfortably step up to the Champions League. But with only 7 goals since 2006 at Wigan, could he replace Ronaldo’s presence as a goal scoring threat on the pitch? A player Manchester United should look to sign up but can he really be considered a serious replacement for Ronaldo? 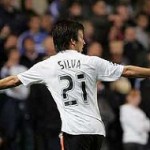 David Silva – The Valencia winger is in the midst of a transfer scramble as the Spanish team look to sell its prize assets to stay afloat. After winning the European Championships with Spain in 2008, Silva has continued this form last season, even after missing the first few months due to ankle problems. What David Silva lacks in height he makes up in his ability on the ball. The 5ft 7in player knows how to get past any defender and can create spaces on the pitch for others to run into. Like Antonio Valencia he lacks the goal scoring ability to replace Ronaldo, but unlike Valencia he has the ability to be considered a goal scoring presence on the pitch. Untried in the Premiership and by many considered to be too light weight, could be the factors that turn Fergie to other targets. Nevertheless, with Valencia looking sell and Silva’s reputation, and ability to grow at just 23 years of age, could he be worth taking a gamble on?

In the end nobody can replace Ronaldo, he is one in a million. Unless Fergie can find another teenager to nurture, it is unlikely anyone will have the ability to fully replace Ronaldo.

Other players not mentioned here, that could be possible replacements are: Arjen Robben, Franck Ribery and Sergio Agüero. All three share the same potential to fill the void left by Ronaldo, but are otherwise unavailable, or too set in their ways to offer something different for Fergie. Ultimately it’s down to Sir Alex Ferguson and he will most likely surprise us on who he does end up signing.