What would Van Persie’s arrival at Manchester City mean for Balotelli, Tevez and co? 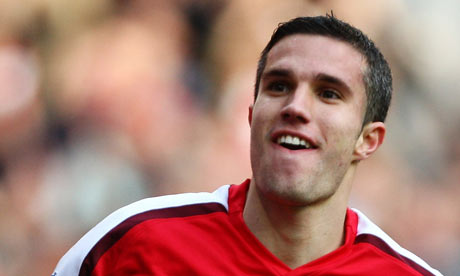 After securing a last-gasp Premier League title success last season, Manchester City were expected to push on and splurge in the transfer market, as they look to challenge on all fronts next term. However, despite a slow summer to date, Robin van Persie’s admission that he will not extend his current deal at Arsenal has triggered Roberto Mancini’s interest. Although other sides are also circling and Arsene Wenger is by no means guaranteed to sell, what would the Dutchman’s arrival at the Etihad Stadium mean for City’s other strikers?

The diminutive Argentine forward took to the Premier League in his debut season like a duck to water, and scored the division-winning goal in injury time on the last day. Despite reported Real Madrid interest, the South American has pledged to stay with the English champions, and Mancini has no intention of selling him. Van Persie’s most likely strike partner, Aguero is the one attacker at City assured of a place and his future. 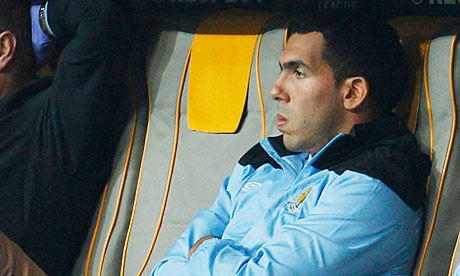 Controversial, petulant but brilliant, Carlos Tevez had quite the 2011-12 season. Initial transfer requests, a refusal to come off the bench and a prolonged AWOL period back in Argentina meant that the forward’s time in England looked over. However, after an apology, Mancini reinstated Tevez in his side and the ex-United attacker has stated that he is now happy at the club. Despite this, Van Persie’s arrival would surely restrict Tevez’s opportunities and break-up his partnership with countryman Aguero, which could well lead to more ill-discipline and problems for City.

Despite at times looking lethal in front of goal in 2011-12, the Bosnian has slipped down the Etihad Stadium pecking order and looks certain to be sold. Van Persie’s arrival would mark the end of Dzeko’s City career. 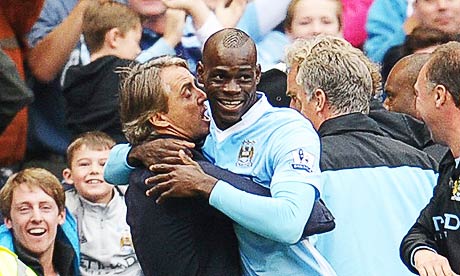 The most interesting scenario of the four, should Van Persie arrive at City real questions over Balotelli’s future will be asked. One only has to look at how the temperamental attacker acted when dropped by Cesare Prandelli at Euro 2012 to see his thoughts on not playing. Balotelli needs attention, to feel loved and to be centre-stage; Van Persie’s arrival would mean a lot of bench time for the Italian, and a pain in the neck for Mancini.

Van Persie would be an asset to any team, and certainly be a signing of intent by City. However, with a number of other big egos and outspoken characters vying for a place in the side’s attack, Mancini’s man-management skills would be stretched to breaking point.