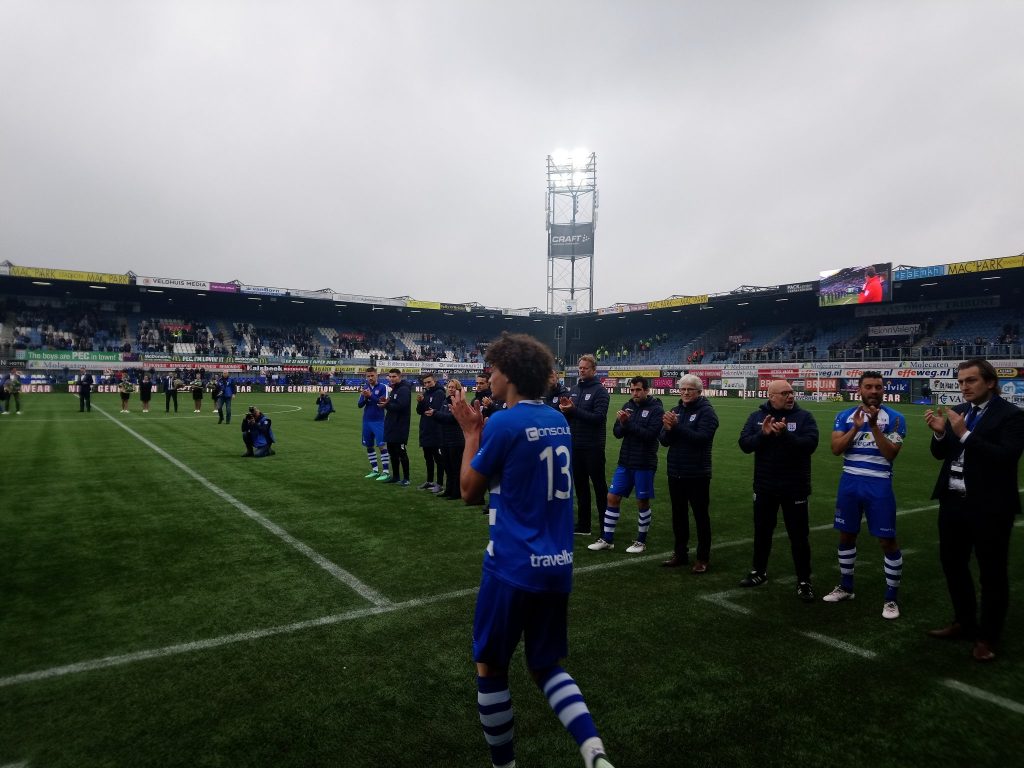 After PEC Zwolle finally confirmed Philippe Sandler is leaving to join Manchester City this summer, supporters can’t wait to see the defender in action. The 21-year-old centre-back was reportedly signed back in February, but the deal hadn’t been confirmed by either club until now.

Really hope he makes the pre season squad. Looks prmoising, but we’ve been here before aka Jason Denayer

Looks solid, I hope he will play..https://t.co/NGxKrrGPvx

I think Sandler will stay. He’s keep to learn from pep. He wouldn’t have came to city if he would be loaned straightaway. Need the kid for carabao cup games, fa cup and maybe some premier league games if anyone gets injured.

Sandler could struggle to get first-team football under Pep Guardiola, with Nicolas Otamendi, Vincent Kompany, John Stones, Aymeric Laporte and Eliaquim Mangala as options at the back. He may spend some time around the defenders in pre-season to gain valuable advice through their mentoring.

As he was a regular for former side PEC Zwolle in the Eredivisie, Sandler may prefer regular football at a better level than the City reserves. Playing u23 football sometimes has a negative effect on a player’s development.

The 21-year-old made 32 appearances in all competitions since leaving Ajax for PEC Zwolle two years ago and has made four appearances for the Netherlands u20 side.