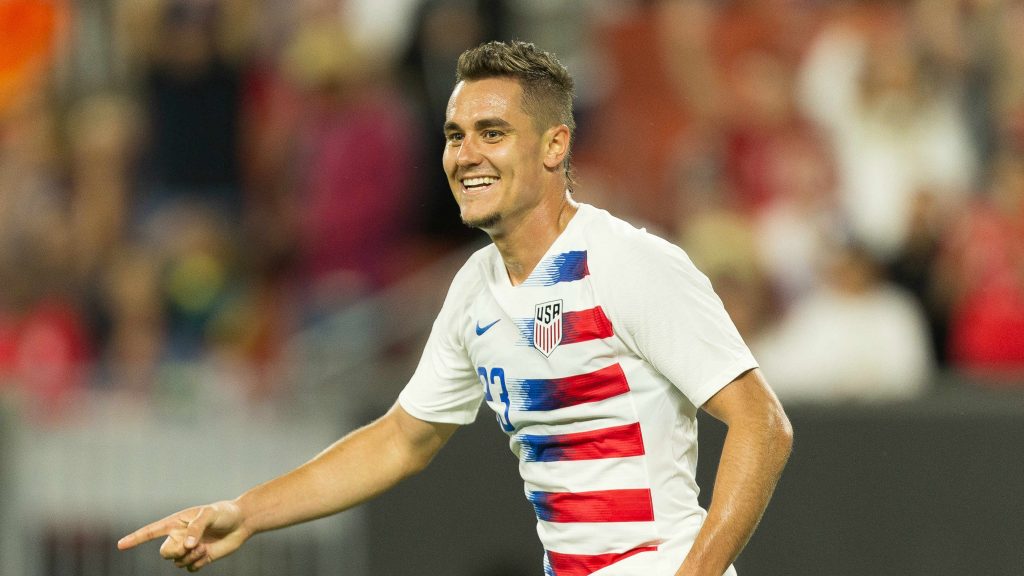 West Ham are desperately looking to bolster their squad this month but they have failed lure their top targets so far.

According to Kaveh Solhekol of Sky Sports, the Hammers have submitted a bid today to sign the United States centre-back Aaron Long. However, it was rejected.

West Ham submitted a loan offer in the region of $500,000 until the end of the season with $4.5m option to buy permanently in the summer. However, New York Red Bulls have rejected the move straightaway.

West Ham have had an offer for USA centre back Aaron Long rejected by New York Red Bulls today. Offer was $500,000 for loan until the end of the season with $4.5m option to buy in the summer

The 27-year-old centre-back joined New York Red Bulls in 2017 and has made over 115 appearances for the MLS Club. The 16-times capped US international has scored three goals for his country as well.

Long is a good player and would be a smart addition for the London club. However, the Hammers need to sign a midfielder and possibly another striker this month.

Having said that, David Moyes will be keen to bolster the defence as well. West Ham have conceded 38 goals in the Premier League and find themselves 17th in the league table.

West Ham have now gone four games without a win following their 1-0 defeat against West Brom in the FA Cup on Saturday.