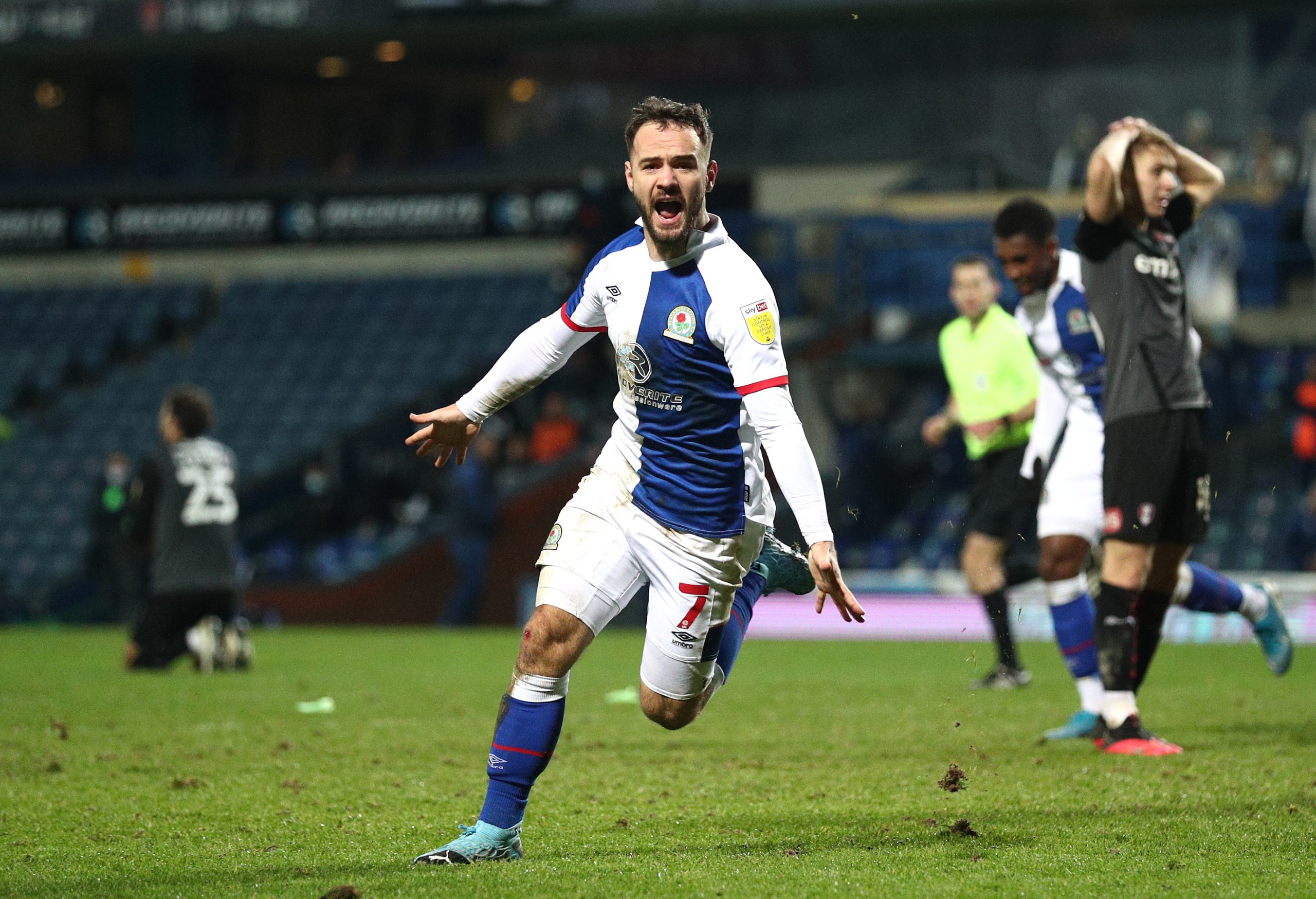 Alan Nixon. The Sun. That’s probably all you need to know about this nonsense.

Apparently, ‘(David) Moyes likes the 18-goal striker and considered an £8 million offer in the January window’.

Maybe he was also considering ditching his wife and trading her in for a younger model. Who knows?

Nixon goes on to say that the West Ham boss held off in favour of continuing his checks to see if Armstrong is worth the £10m-plus that Rovers want.

Where to begin with this one?

Nixon – also known as the Twitter blocking machine – likes to portray himself as something of a transfer expert on Lancashire clubs. He isn’t.

Let’s break this down. Moyes considered an £8 million offer for Armstrong? Good luck with that.

If life was that easy, we’d all be considering marital offers to Salma Hayek and she’d be saying ‘yes’.

Back to business – according to Nixon, Moyes isn’t certain about Armstrong and wants to be sure he’s worth the ‘£10m-plus that Rovers want’.

Where on earth did you pluck that figure from Nixon? West Ham paid £25 million for Said Benrahma.

He’s a good player, but he’s certainly not worth £15m more than Armstrong.

Quite how Nixon continues to be paid for this sort of claptrap is anyone’s guess – don’t buy the publication he works for folks.