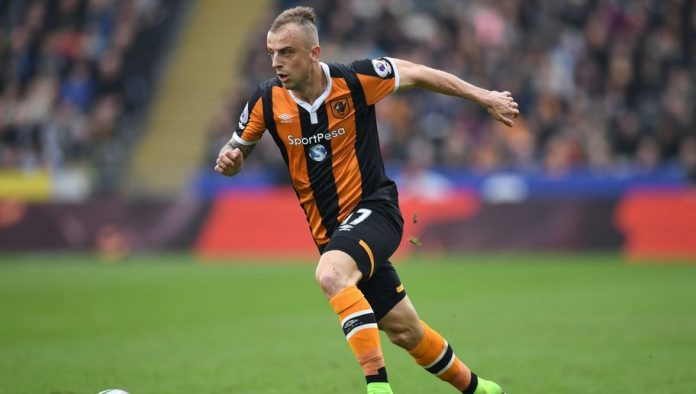 West Ham United and Newcastle United are ready to battle it out over Hull City winger Kamil Grosicki this summer, according to The Mirror.

Slaven Bilic’s men are expected to sign quite a few new faces over coming months and the Hammers have moved quickly to add experienced right-back Pablo Zabaleta to their squad already.

Newcastle meanwhile have won promotion back to the Premier League and Rafa Benitez is believed to have a sizeable transfer kitty this summer to strengthen the club’s ranks.

Grosicki moved to Hull in the January window and was part of a resistance at the KCOM Stadium in the second half of the season under Marco Silva.

The Poland international’s showings were not enough to keep the club in the Premier League and he is now seemingly set to try and find another new employer after only six months in England.

Grosicki joined Hull for a fee in the region of £7.7 million and the Championship outfit are believed to be keen to recoup the majority of his price.

The 28-year-old made 15 Premier League appearances in 2016-17 and impressed with his direct style of play, creating three assists in the process.

The report suggests that Silva wants to take Grosicki to Watford with him, but the spending power of West Ham and Newcastle makes them frontrunners for the former Rennes wideman.

The Hammers are well-served in attacking midfield already, with Manuel Lanzini, Andre Ayew, Robert Snodgrass and Michail Antonio among options to Bilic.

However, with doubts over the future of Sofiane Feghouli and Gokhan Tore already returning to Besiktas, perhaps Grosicki is being eyed as a replacement.

Newcastle have already signed Christian Atsu on a permanent deal from Chelsea but Benitez is set to work hard to add established players to the Tyneside squad – the Poland international would be an exciting arrival if the move happened.