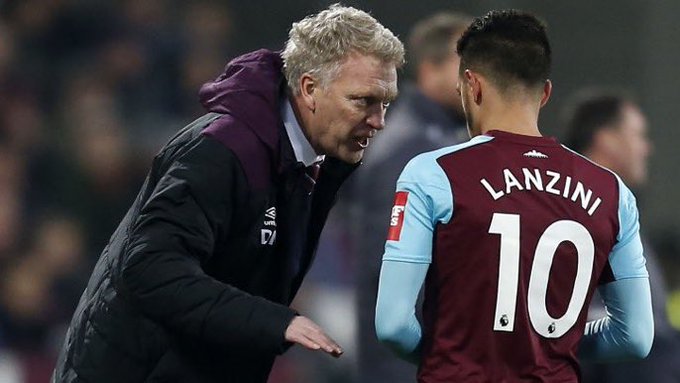 It was David Moyes’ first defeat during his second spell of being in charge at West Ham.

Oliver McBurnie capitalised on a defensive error to score the only goal of the match, and with that win, Sheffield United have now moved to fifth in the Premier League table.

Robert Snodgrass thought he had levelled for the Hammers in injury time, but West Ham had an injury-time equaliser ruled out by Video Assistant Referee.

Many West Ham fans took to social networking site Twitter to express their reaction on the performance of Manuel Lanzini who had a poor game last night.

The 26-year-old has made nine starts this season, but the Argentine is yet to score or provide an assist in the Premier League. His distribution was very poor and he was nowhere near his best.

Lanzini’s performance has dropped considerably since his major injury setback. Many fans have urged the club to sell him, and the Hammers could look into that option next summer if Lanzini’s form doesn’t improve under Moyes.

Exactly he’s done more than Lanzini ever has this season. Sick and tired of Lanzini now too he’s non existent most games and the injuries he’s had have certainly taking its toll on him

A player like Joao Mario in that position would of played him in.

I’ve had my concerns about Lanzini for years tbh.

Both of them offered absolutely nothing, and it was very frustrating to watch.

Fornals needs to start – best player with ability and performances at the moment. Cash in on Lanzini for 15m and bring someone new in. Sell masuaku for 7m and use to bring a Lb in.

Poor football intelligence is why Lanzini shouldn’t play above Fornals ever. https://t.co/aOKKjBStaB

Because of Lanzini’s injury and long lay off. He’s lost his mojo.

What about your boy Lanzini? He’s probably our worst player right now.

We should get rid of Lanzini and sign Buendia.

I’d definitely sell Lanzini he’s playing with that knee injury on his mind, he’s been a shadow of the player he was since he came back.
I’m just worried that Diop will be the one sold to raise funds when there should be adequate available without any sales.

Genuinely baffled as to how Manuel Lanzini is a Premier League footballer. Stealing a living. pic.twitter.com/RQVuX9Ps2a