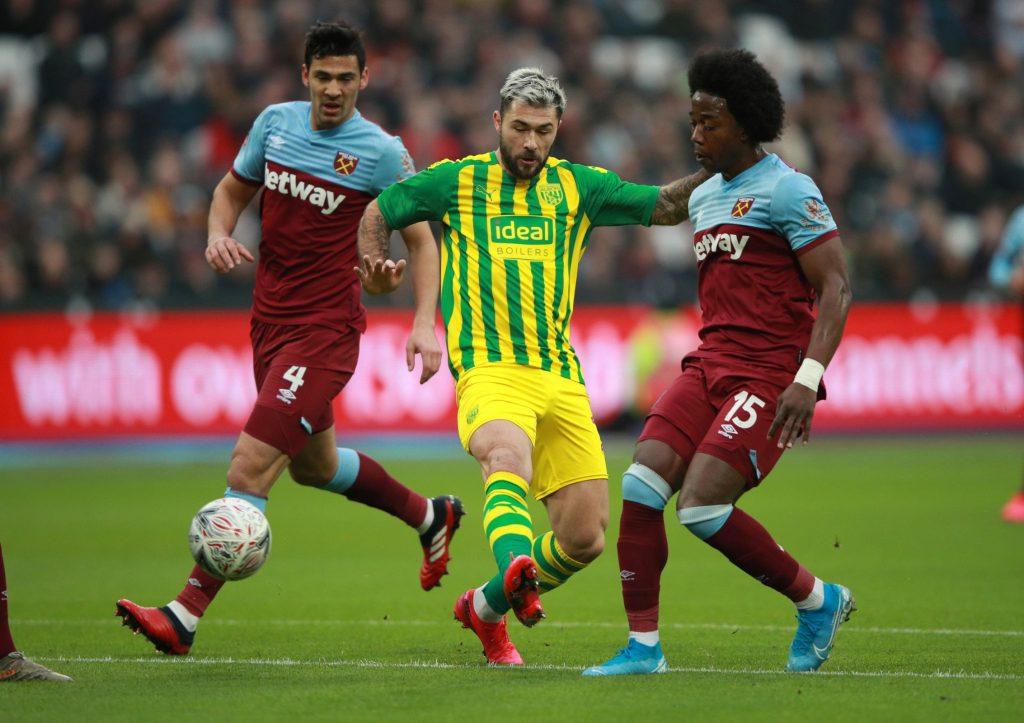 West Ham were knocked out of the FA Cup on Saturday after they lost 1-0 against Championship outfit West Brom at the London Stadium.

David Moyes made three substitutions at half time, and probably many things were said at the break, and yet there was hardly any improvement.

One of the players who came under strong criticism from the Hammers fans on Twitter was Carlos Sanchez. The 33-year-old produced a shocking performance and was nowhere near any acceptable level.

He was awful and was at fault for the West Brom goal. His distribution was poor and all over the place, and such a performance is another timely reminder that Moyes needs to sign a midfielder before the end of the January transfer window.

Here are some of the best reactions from the West Ham fans on Twitter:

Sanchez doesn’t deserve to enter East London let alone wear the shirt. Balbuena has an absolute shocker yesterday. Not been the same since his knee injury.

Seriously, how on earth is Carlos Sanchez still a professional footballer? Swear every time he had the ball yesterday he lost it😂😂

Not very often an opposition performance makes me furious.

Today Carlos Sanchez of West Ham put in one of the worst 45min performances Iv ever seen.

We won so I’m buzzing, but hes a disgrace. If I was playing FM he’d be with the u18 with immediate effect.

I’ve seen some awful players in a West Ham shirt before, but Carlos Sanchez has got to be the worst

West Ham have now gone four games without a win, losing three of them.

Sanchez joined the Hammers in 2018 but has struggled badly with his injuries. He made only eight appearances in all competitions last season, and has played only six Premier League games this term.