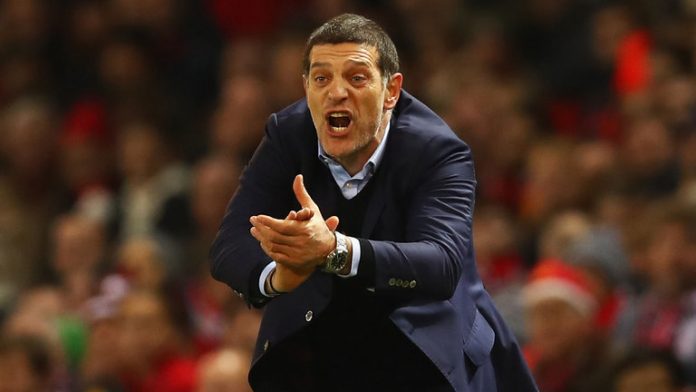 West Ham boss Slaven Bilic could be in hot water after dismissing co-owner David Sullivan’s claim that he rejected the chance to sign Renato Sanches and Grzegorz Krychowiak during the transfer window.

Sullivan claimed both players were offered to Bilic, but the Hammers boss said he was happy with his squad.

However, Bilic told Sky Sports that Sullivan’s claims were nonsense.

“He likes to talk – it’s his right, but I said I wanted a player and that is not exactly what happened with those two players that you mentioned,” he said.

“During my time at West Ham it’s very, very common that when you talk about one player and it looks like it’s going to happen that suddenly, two or three other names, somebody throws them in, that normally distract you from the main target.

“That’s what happened there as well because it was very likely that we were going to get the player.

“Of course the two other players are very good players.

Bilic’s comments are unlikely to do him any favours with Sullivan, especially with the Hammers rooted to the foot of the Premier League table.

Former West Ham defender Danny Gabbidon said earlier this week that he believed defeat at home to Huddersfield Town on Monday would result in Bilic being sacked by the club.

West Ham’s failure to complete the Carvalho’s signing from Sporting Lisbon has left the club looking short of quality in midfield, but Bilic desperately needs a victory to ease the pressure.

Sullivan and co-owner David Gold tend to be reluctant to sack managers, but Bilic’s comments could be ill-timed if Monday’s result goes against the Hammers.