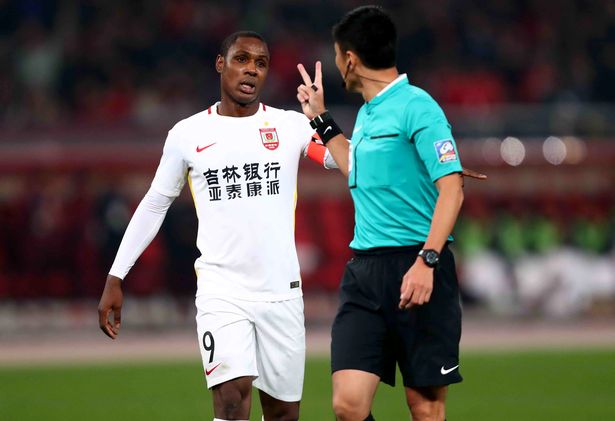 West Ham and Everton are interested in signing the former Watford striker Odion Ighalo in January.

The 28-year-old has been a major hit in the Chinese Super League. Changchun Yatai signed him for a fee of £20m last year and it will be interesting to see whether they are willing to sell their prized asset now.

As per the report, Southampton, Crystal Palace and West Brom are keeping tabs on the player as well.

Ighalo has scored 15 goals in 27 appearances for Changchun this year and he would be a superb addition to most teams in the Premier League.

Everton have the financial means to land Ighalo but the 28-year-old will have to lower his wages.

According to reports, Ighalo earns around £190k-a-week in China and there is no way a club like Everton or West Ham could offer that.

Ighalo’s family is in England despite his move to China and he might be tempted to return if the right offer comes in. He has stated previously that he would like to play in the Premier League if he is given the choice.

Someone like Ighalo would make a massive difference to Everton’s side and Moshiri needs to get his chequebook out soon. The 28-year-old has the ability to save Everton’s season and guide them towards a top half finish.