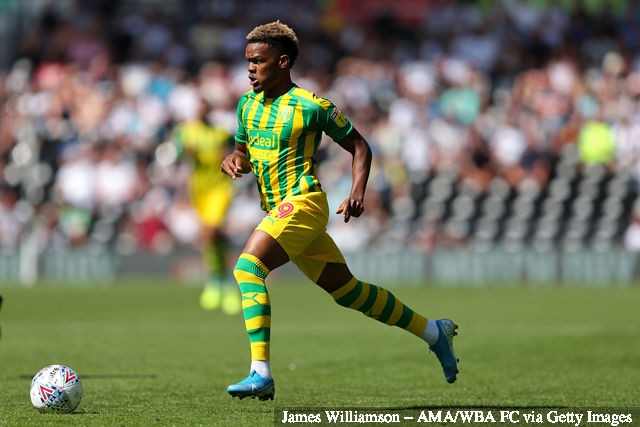 Grady Diangana impressed during West Brom’s 2-0 win against Stoke City on Monday, and many fans have praised his performance on Twitter.

The 21-year-old joined the Baggies on loan during the summer transfer window from West Ham. Many thought that Manuel Pellegrini will give more opportunities to the young attacking midfielder this season, but the Hammers boss decided to loan him out instead.

Diangana has grabbed the opportunities with both hands, and he has already proven to be an inspired signing for Slaven Bilic’s side.

The young attacker impressed once again against Stoke City at the bet365 Stadium on Monday. He provided an assist for the opening goal and played his part in the second goal as well, as the Baggies secured all three points to get back to the summit.

It appears that many West Ham fans feel that he should stay at Hawthorns for the rest of the season and return as a better player next summer. There are some Hammers fans who want him back in January, but the chances of him returning to the London stadium is very less.

Will be amazed if West Brom don’t win the league this season. Pereira and Diangana are a class above. #WBA

Diangana’s work rate is unreal 💛, that pass by Sawyers 💚, and another Robson-Kanu goal, must mean were back at the top! #WBA

Diangana is something special! 😍 #wba

Diangana is thriving in the CHAMPIONSHIP. Let’s not get ahead of ourselves here, he needs the full season at West Brom.

Diangana has now scored four goals and provided four assists this season for West Brom. He is playing regularly and with loads of confidence. It will be better if he continues to stay at the Hawthorns till the end of the season.