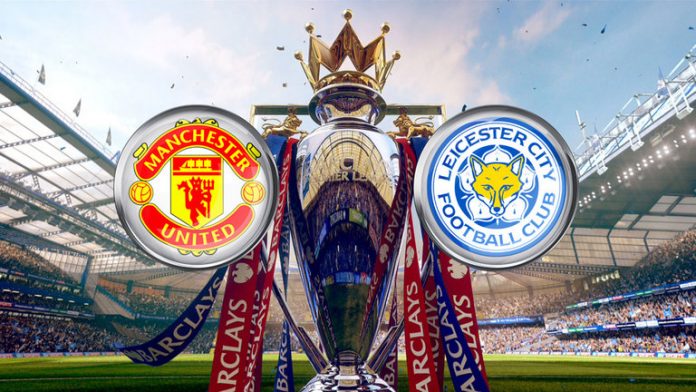 After some EFL Cup action midweek the Premier League weekend is back with some big matches up and down the league.

Manchester United ended their three-game losing streak versus Northampton Town midweek but will be wanting to get back to winning ways in the Premier League when they host champions Leicester City in Saturday’s lunchtime kickoff.  Early Premier League leaders Manchester City visit Swansea City on Saturday where they were 2-1 winners on Wednesday night in the cup.  Everton and Liverpool are also in action at 3pm before the big evening clash between Arsenal and Chelsea at the Emirates.

If you’re thinking about putting a few bets together here are this week’s football accumulator tips:

This is an important match for both sides as they each want to make the top four this season.  For United, a title challenge seemed to be their pre-season targets but right now they have a battle on their hands with the likes of Liverpool, Arsenal, Chelsea and Tottenham for the top four.

For Leicester, top four is looking out of the question after their shock title win last season but Claudio Ranieri will still be wanting his team to push for that.  With both keen to win and neither defence totally convincing in recent weeks I think we can see a few goals in this match.

Everton have made an excellent start to the season with four wins from five and a draw against Tottenham Hotspur as Ronald Koeman’s side head into matchday six in second position.  Romelu Lukaku has shown excellent form in his past two league outings, supported by the likes of Kevin Mirallas and Yannick Bolasie whom the new manager is getting the best out of.

Bournemouth start the weekend one point above the relegation zone as one of several teams on four points after five games.  Eddie Howe’s side stick to their philosophy of playing good football regardless of the opposition and what Manchester City did to them last weekend could be repeated by Everton on Saturday.  Koeman is a strong tactician who will exploit the Cherries weaknesses and another win for the Merseyside club this weekend is a real possibility.

Since holding onto victory over Sunderland, Middlesbrough’s form has certainly dipped with defeats against Crystal Palace and Everton.  This weekend Aitor Karanka’s side face third-place Tottenham Hotspur.

Mauricio Pochettino’s side are still not putting in the most convincing performances but they are getting the job done.  Another example was the 1-0 win over Sunderland despite being wasteful in front of goal.  With Boro not defending too well and with Tottenham having an abundance of attacking talent the North London club are more than capable of picking up three points again this weekend.

Manchester City have made a blistering start to the 2016-17 season with five wins out of five and a goal difference of +11.  The early signs are that Pep Guardiola’s side have the potential to run away with the Premier League this season.  The likes of Swansea City certainly don’t stand much chance in the face of Kevin De Bruyne, David Silva and the returning Sergio Aguero.

The Welsh side are sitting just one point above relegation and despite an impressive point versus Chelsea two weekend’s ago, it’s hard to see how they can get anything from this game.  Ashley Williams is a huge loss in defence whilst Francesco Guidolin doesn’t include many attacking players in his starting lineup.