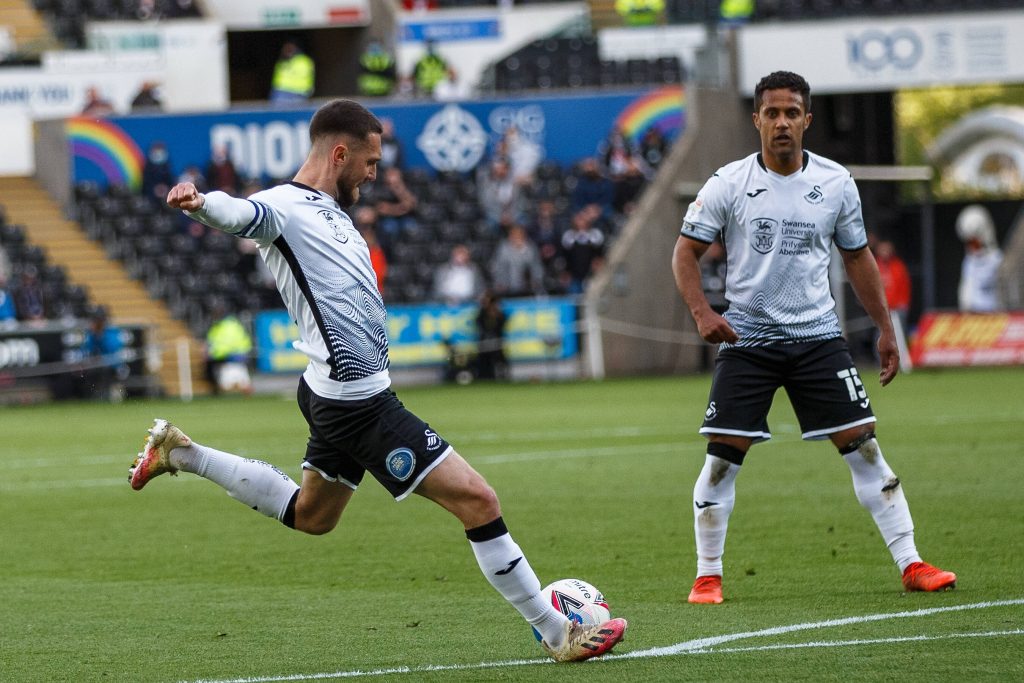 The 26-year-old has been with the Welsh outfit for the past six years but could head for the exit door with his contract expiring in 12 months.

Fulham are interested in landing the Swans captain, but they are set to face stiff competition from Premier League duo Watford and Brighton.

Grimes, who has made 157 appearances for Swansea, could be available for a bargain price of just £1.5 million after snubbing a new deal.

Grimes was almost ever-present in Swansea’s midfield last term, registering five goals and four assists from 51 appearances in all competitions.

He faced heartbreak with a play-off final defeat to Brentford, and he now appears keen on pursuing a bigger challenge away from the Liberty Stadium.

Fulham could be an enticing prospect for him as they are regarded as favourites to secure promotion to the top-flight at the first time of asking.

However, the midfielder may feel that he is prepared to test himself this season, having played just four matches in the top tier previously.

He would still want the assurance of regular playing time.

The Exeter City graduate impressed in the Championship last term with an average of two tackles and two aerial duels won per game.

He also impressed with his forward runs from midfield and was not shy of testing the goalkeeper with an average of one shot per match.

Stat from Transfermarkt.com and Whoscored.com