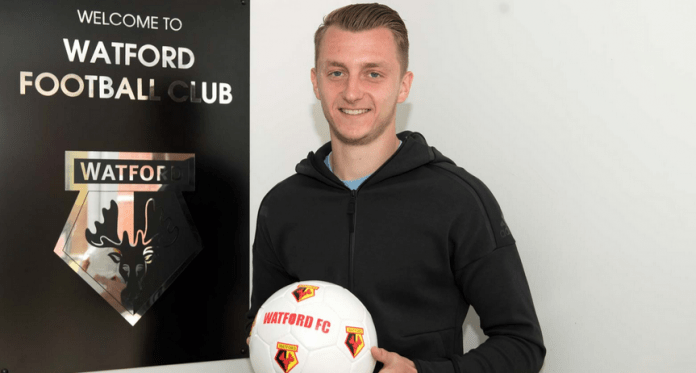 Watford confirm they have agreed a deal with Stevenage for ‘highly-rated’ defender Ben Wilmot.

The 18-year-old has signed a five-year contract at Vicarage Road and will hope to make the transition through the youth ranks to the first-team in this time.

Wilmot made 15 appearances for Stevenage in all competitions last season. The Boro finished 16th in League Two with 55 points, while reaching the third round of the FA Cup and taking Reading to a replay.

Now, the teenager will be going up against the likes of Manchester City, Chelsea, Manchester United, Liverpool, Tottenham Hotspur and Arsenal on a regular basis.

There will be stiff competition in the Watford defence for Wilmot to earn first-team football, with Christian Kabasele, Adrian Mariappa, Sebastian Prödl and Miguel Britos featuring at centre-back last season.

However, the England u18 international, who can also play right-back, joins a side who finished 14th and conceded 64 goals last season, so the Hornets could look a new defender to help shore things up.

Moving from League Two to the Premier League is a big jump, but if Wilmot has a good pre-season with his new club, there’s every chance he could feature.