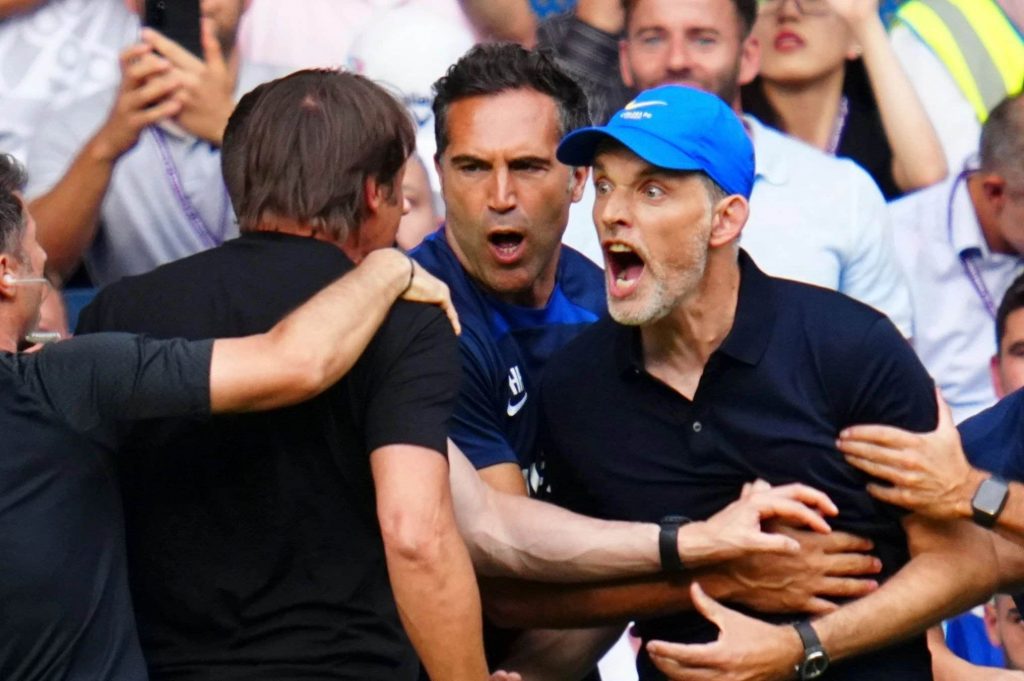 In a fascinating, high-octane share of the spoils, tempers flared between both sets of coaching staff resulting in a post-match skirmish.

Following an earlier scuffle between Antonio Conte and Thomas Tuchel after Tottenham’s first goal levelled the score, the handshake at full time turned into a heated exchange between the two managers.

Harry Kane’s 95th minute header rescued a vital point for Tottenham despite Chelsea controlling much of the game, but the post-match antics will grab the headlines following red cards for both the German and the Italian.

The niggling narrative between two of the league’s most passionate managers was a running theme throughout, most notably with Thomas Tuchel charging down the touchline in a Jose Mourinho-esque release of sh*thousery following what looked to be a Reece James winner.

While it remains to be seen how long the sanctions will be for each, both sides will be without their respective head honchos in the dugout for the next round of fixtures.

The heated argument between Tuchel & Contepic.twitter.com/mkp3lGcVwV

Tottenham face Wolves in Saturday’s early kick off, while Chelsea face a trip to Yorkshire to face Leeds on Sunday. Ahead of next week, take a look at our list of the best football betting sites.