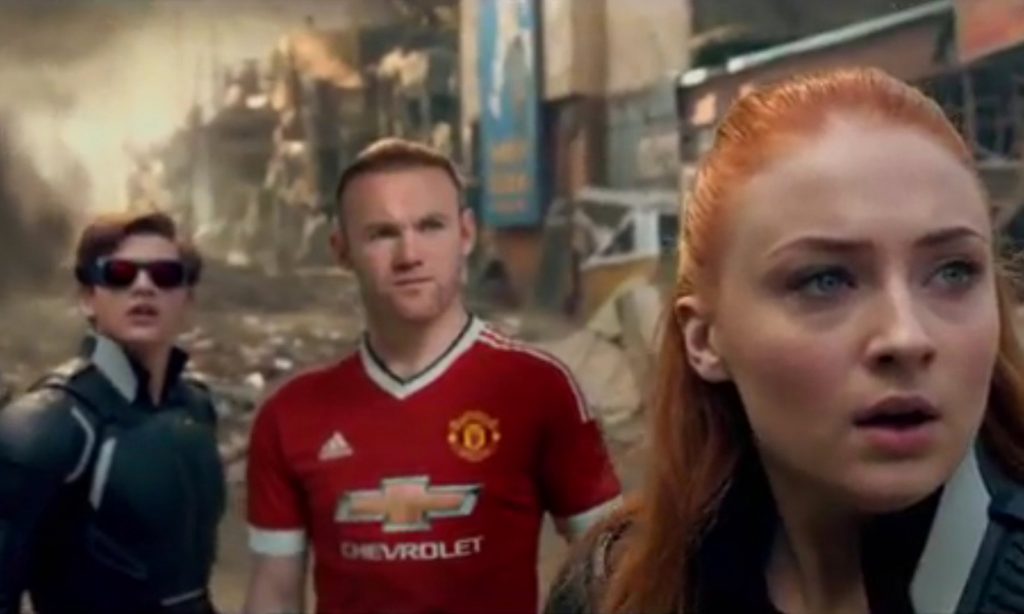 The England striker was a part of the short film intended to promote the latest X-Men film. The video was circulated by Manchester United’s social media accounts.

The promotional video shows a group of people who are looking to save the earth from Apocalypse and are keen to recruit a “a group of mutants to help defeat Apocalypse”. The characters are seeking someone with “intensity and incredible focus”.

Wayne Rooney happens to be that chosen one who is prepared to do anything for the team, even if it is beyond football.

The film shows Wayne Rooney in the battlefield where he is being briefed on how to defeat the apocalypse.

Rooney claims that he is ready to do “Anything for the team”, and then he goes on to mock the apocalypse as – “Apoca-who?”.