Manchester United goalkeeper Victor Valdes has joined Belgium club Standard Liege on loan till the end of the season.

Valdes, three times Champions League winner with Barcelona, joined United in January 2015, but has only managed two appearances for the Old Trafford club.

He made his debut as a substitute at home to Arsenal (1-1) in the penultimate game of last season, and played the final match of the 2014/15 season as well, away to Hull City.

The 34-year-old goalkeeper has had a frosty relationship with Louis van Gaal, who left him out of the club’s pre-season American tour. He wan’t even allowed to train with United’s first team since his fallout with the Dutchman.

The £60,000-a-week star was close to leaving the club during the summer. However, a transfer move to Besiktas on deadline day broke down, and he has not managed to play a single game since then.

The Manchester United goalkeeper has posted this message on Instagram: 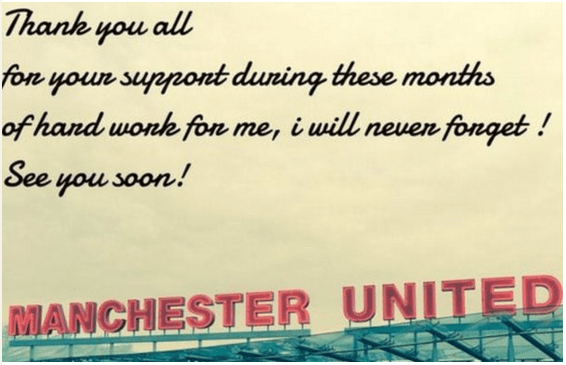 Valdes has joined the long list of United players to go out on loan this month. He is the fifth player to have moved out of Old Trafford in January, after fellow goalkeepers Sam Johnstone, Dean Henderson and Kieran O’Hara and striker Ashley Fletcher.

The Spaniard’s contract ends in the summer, and he will be free to join any club of his choice. He is still good enough to play at the top level. All he needs now is regular games under his belt, and Liege, who are 7th in the Belgian league and are still in the race for a European place, can provide him that opportunity.