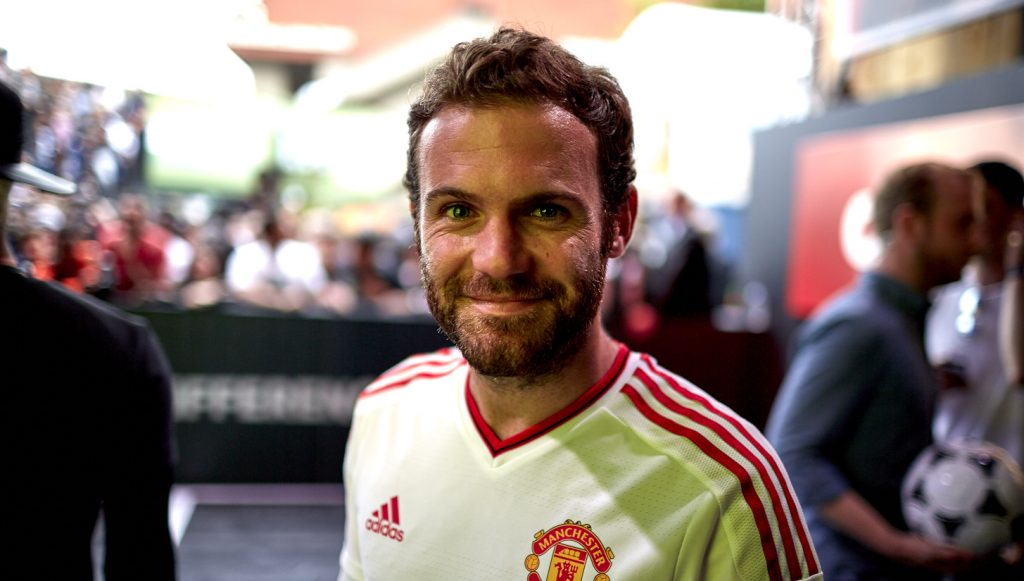 Manchester United manager Louis Van Gaal has made a shocking claim that Spanish attacking midfielder Juan Mata is not as good as youngster Andreas Pereira in the number 10 role.

The Dutchman has claimed that the Spain international needs to improve his all round game if he wants to start in his central attacking midfielder role.

Van Gaal has warned that if the former Chelsea player does not improve his performances, he is likely to be replaced by the Manchester United youngster Andreas Pereira.

Van Gaal’s claims will further back up Jose Mourinho’s decision to use Oscar as his number 10 and use Juan Mata as a wide player or on the bench.

The Spaniard has been used on the right wing at Manchester United because of his inconsistencies at the centre of the pitch.

However, Mata has improved recently and the Spaniard started through the middle in United’s last two games against Stoke City and Derby County.

Meanwhile, Belgian-born attacking midfielder Pereira has played just four Premier League games for Manchester United this season and has clearly impressed his manager who is considering him as an alternative to Mata.

Van Gaal said: “I have already played Mata in the same role. Maybe you remember that”.

“I’m not changing him from that role, he has changed himself because previously he wasn’t good enough there. That is the reason”.

“It is not the coach or the manager, but when he is playing like he has been playing now, he shall play at No.10.

“We will have to see if he plays there on Sunday against Chelsea. Maybe I have another No.10 who is better than Mata – maybe Andreas Pereira is better”.

Van Gaal wanting Mata to improve his game is totally understandable but to claim that Pereira is better than him in the specified role is perhaps a bit surprising. It remains to be seen how the player reacts to these comments from his manager.