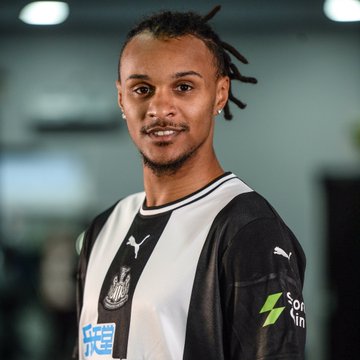 Newcastle United have confirmed the signing of Valentino Lazaro today.

The Austria international have joined the Magpies on loan from Inter Milan for the rest of the season.

The 23-year-old has become the second signing of the club following the arrival of Schalke’s ex-Tottenham midfielder Nabil Bentaleb.

Lazaro has taken to social networking site Twitter to express his reaction after signing for the Magpies. He wrote:

🏴󠁧󠁢󠁥󠁮󠁧󠁿 Proud to join @NUFC and play in the @premierleague for such an iconic club. 🙌🏽
Can’t wait to get on the pitch and help the team. 💪🏽 pic.twitter.com/Jtaxn48x1g

Lazaro began his career with Red Bull Salzburg and moved to Inter Milan in 2019.

The 28-times capped Austria international struggled for regular games under Antonio Conte this season, making only three starts and three substitute appearances in Serie A.

Although Lazaro has stated that he wants to prove himself at Inter, his primary focus should be to perform well at Newcastle and make a positive impact.

Lazaro is a versatile player who can play as a right attacking midfielder or as a central midfielder. It seems that Newcastle want to use him in an advanced role.

Steve Bruce said: “Valentino is a quality player who’ll add to us in attacking areas of the field, where we need to improve.

“He can play in a few positions but he is a natural winger with an excellent delivery.”