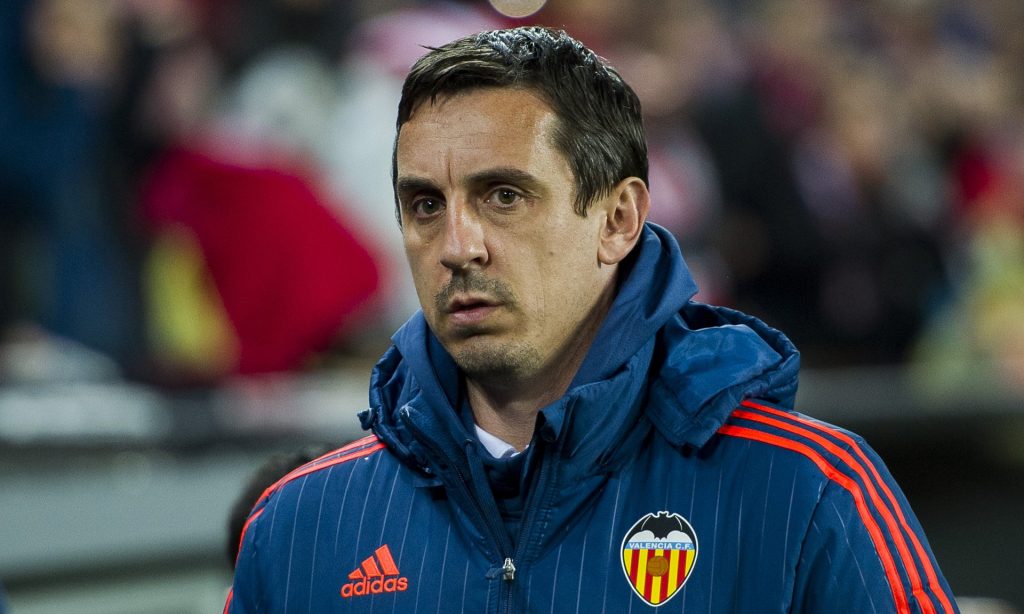 Former England footballer and Manchester United legend Gary Neville has been sacked after a disappointing few months at Valencia.

Neville has appointed as the manager of the Spanish giants back in December and has only managed to win 10 out of his 28 games in charge.

The England coach was not a popular figure amongst the fans and his long-term future at Mestalla was always a doubt.

“Valencia Football Club have today parted company with Gary Neville as Head Coach,” the club said in a statement. “After careful consideration, the Club have decided to make a change with the best interests of the Valencia CF moving forward this season. We thank Gary for his work at Valencia and wish him the best in the future. The Club have, today, appointed Pako Ayestaran as Head Coach until the end of the season.”

Under Neville, Valencia crashed to a humiliating 7-0 defeat against the Spanish champions Barcelona. His last game was the 2-0 defeat against Celta Vigo, right before the international break.

Neville is still a part of the England coaching setup and was present on the bench for England’s international fixtures against Germany and Netherlands over the last few days.

He is expected to continue in his role with England now and will head to the Euros with Roy Hodgson’s team.

Former Liverpool assistant manager Pako Ayestaran, 53, will take charge of Valencia for the rest of the season.

Valencia are currently 14th in the table, six points clear of the relegation zone with eight games remaining.