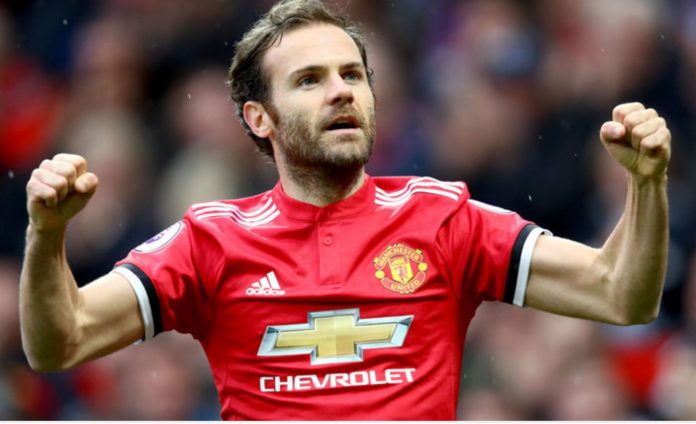 Manchester United midfielder Juan Mata could be set for an emotional return to La Liga.

With the imminent arrival of Alexis Sanchez. The Spanish international knows his chances of regular first-team football will be few and far between at Old Trafford.

It would be of no surprise if the 29-year-old was to want a move at this stage of his career. A way out may be on the cards, with the Daily Star claiming he could be set for a return to former club Valencia.

Mata joined Valencianistes from Real Madrid in 2007. He soon established himself to be one of The Oranges key performers and scored the opening goal in a 3-1 Copa del Rey Final victory in 2008. Overall he represented Valencia 174 times, scoring 46 goals.

Highly sort after, Mata moved to Chelsea in 2011 for a fee of £23.5m. The Spaniard was an instant hit among the Stamford Bridge faithful.

A key man in Chelsea’s 2012 Champions League success, he also won the FA Cup, Europa League, and scooped the club’s player of the year award in both of his two full seasons at the club.

When Jose Mourinho returned to West-London. Mata found himself being kept out of the starting line-up by Brazilian youngster Oscar. So in January 2014, after 135 appearances, which saw 33 goals, the fans favourite was sold for £37.5m to Manchester United.

Mata has gone on to add more winners Medals to his list of honours with United. Being part of the club’s 2016 FA Cup success, and last season’s double Europa League and League Cup victories. During his time at Old Trafford, he has found the back of the net on 39 occasions in 171 appearances for The Red-Devils.

Without a doubt, Juan Mata has the skill and vision to entertain even the most stubborn of football fans. With an eye for a pass and a capable finisher, Mata still has a lot to offer.

Off the pitch, the Spaniard has proved he is a true gent. His common Goal charity to get players to commit a percentage of their wages to good causes speaks volumes of the sort of man he is.

After six-and-a-half years in England, a move back to his homeland could yet see him clinch a place in Spain’s World Cup squad.

After a disappointing 12th-place finish last season. Valencia now sits third in La Liga. Bringing Mata back to The Mestalla could see them claim a coveted Champions League place for next season.

Going forward, a lot will depend on what role Mata will have at Old Trafford. Although his contract runs out this summer, United could exercise an option of activating a one-year extension.