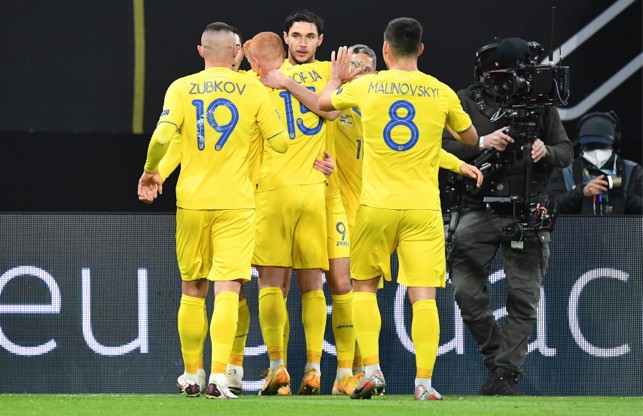 Ukraine were set to take on Scotland in Glasgow on March 24 but FIFA has moved to postpone the encounter.

The crisis in Ukraine has shown no signs of stopping and it appears that the national team is also impacted by it.

Oleksandr Petrakov’s men were set to take on Scotland in Glasgow on March 24 but due to the conflict, the game will have to be rescheduled. Originally slated for the aforementioned date, UEFA and FIFA are still looking to confirm an exact date for the encounter.

As a result of this postponement, the play-off final which was scheduled for March 29 and which was to be fought between the winner of this match and the winner of the meeting between Wales and Austria should also be postponed during the June international window.

But the solution is not easy because the calendar is very busy and it will therefore be difficult to find a slot to play the two matches, the semi-final and the final of the play-offs, in the best conditions.

Especially since for the time being nothing bodes well for an improvement in the situation in Ukraine. The Ukrainian national team could then play for its place in Qatar during the next international window in June but still without certainty because the Ukrainians were still to face Scotland, but this time in a Nations League encounter, on June 7.

It must be mentioned that a major chunk of Ukraine’s national team players are based in the country with very few plying their trade in the top five leagues in Europe.

It’s a real headache for FIFA and UEFA. The international federation says it is trying to “find an appropriate solution” and explains “that an update will be provided in due course”, according to comments reported by the newspaper L’Équipe.

However, the Scottish FA has said that it will support Ukraine with whatever it needs, with president Rod Petrie stating that “football is inconsequential amid conflict.”