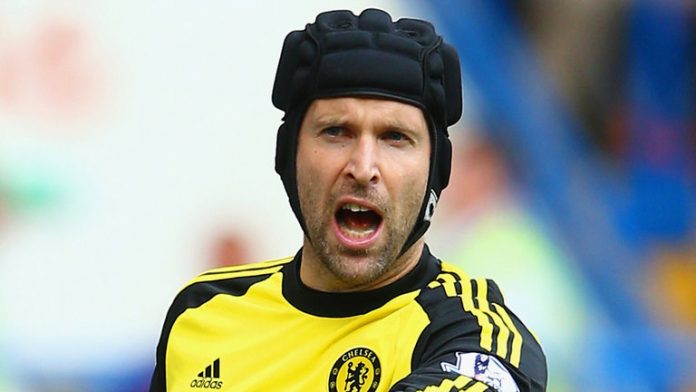 Cech was on the books of Chelsea from 2004 until 2015 before he moved to London and Premier League rivals Arsenal.

During his time at Stamford Bridge, the former Czech Republic international established himself as one of the best goalkeepers on the planet and as a world-class player.

Cech won the Premier League title as many four times, the FA Cup also on four occasions, and the Champions League and the Europa League once each.

The former Sparta Prague and Rennes custodian then moved to Arsenal in 2015, and he slotted straight into the starting lineup at the Gunners.

During his time at the Emirates Stadium, Cech won the FA Cup once and reached the Europa League final in 2018-19.

Cech retired from international football, and in June 2019, he was appointed as a technical and performance advisor at Chelsea.

However, Chelsea announced yesterday that they have included Cech in their 25-man Premier League squad.

“Petr Cech has been included in the squad as emergency goalkeeper cover,” the club explained on their official website. This is a precautionary step due to the unprecedented conditions currently caused by the Covid-19 crisis. He takes up a position as a non-contract player.”

Kepa Arrizabalaga, Willy Caballero and Edouard Mendy are the other three goalkeepers in the squad.

Caballero  is essentially the third-choice custodian, and summer signing Mendy will be fighting with error-prone Kepa for a regular spot in manager Frank Lampard’s starting lineup.

Some Chelsea fans on Twitter have given their take on the club’s decision to include Cech in their squad, as shown below.

Wouldn't at all mind having Cech play for Chelsea one last time.

He’s a year younger than Willy Caballero and is still better than Kepa.

tbh I had that thought, whether Petr Cech is gonna make a return when I saw him again in the training kits during international break even when Kepa was with Spanish national team.

So now its confirmed why he was there for some time. Welcome back Petr Cech. 💙 #CFC

No way Kepa brought Cech out of retirement

Who’s the best goalkeeper in the league? Cech imo 😂 I’m in shock pic.twitter.com/GmFnRfyIQI

Now that Cech has been included in the Premier League squad for Chelsea, it's safe to assume that we have the best GK in the PL.#BigPete #PetrCech

Kepa is already under a lot of pressure, with the Spaniard having made some high-profile costly mistakes during his time at Chelsea so far.

The signing of Mendy in the summer transfer window means that the 26-year-old is no longer guaranteed a place in the starting lineup.

Cech may have retired back in 2019, but he is a year younger than Caballero (38) and has been keeping fit and training during the recent international break.

While Chelsea’s decision to include Cech in the squad is to make sure that they are not short of goalkeepers if there is a coronavirus outbreak in the squad, it could increase pressure on Kepa and perhaps push him to step up his game.