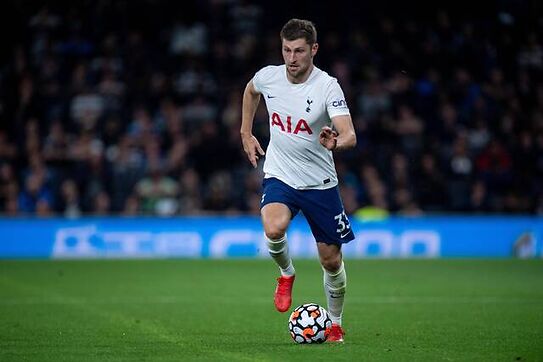 Tottenham Hotspur suffered their first defeat of the season after losing 3-0 against Crystal Palace in the Premier League clash on Saturday at Selhurst Park.

Odsonne Edouard, the summer signing from Celtic, scored twice while Wilfried Zaha added another to seal all three points for the home side.

Nuno Espirito Santo’s side lacked creativity and energy in the first half, and the task became difficult for them after Japhet Tanganga got sent off for picking up two yellow cards.

Harry Winks was withdrawn as a result, and Nuno bolstered the defence by throwing Ben Davies into the mix. However, Davies was penalised for handling the ball in the box for the first goal which Zaha converted from the spot.

He also failed to properly mark Edouard, and many fans criticised him heavily on Twitter. Here are some of the selected tweets:

Awful today. Winks was terrible & Ben Davies had a shocker when he came on.

ben davies will always be awful

Ben Davies is so bad. Awful left back

Ben Davies isn't the worst player in our squad but the reason I dislike him is he epitomises the ENIC era. A player who's ok does a job but never gonna get you anywhere but we hold onto him for those reasons.

Can't we give the suspension to Ben Davies somehow

It was Tottenham’s first defeat of the season. Davies has been usually seen as a reliable back-up option, but he was very poor against Palace today.

It was an overall abject performance from Spurs, and apart from Lucas Moura and Dele Alli none of the players stepped up.

Harry Kane, who has been scoring for fun for his national team, is yet to open his account for Spurs this season. In fact, he didn’t even register a single shot on target during the game.