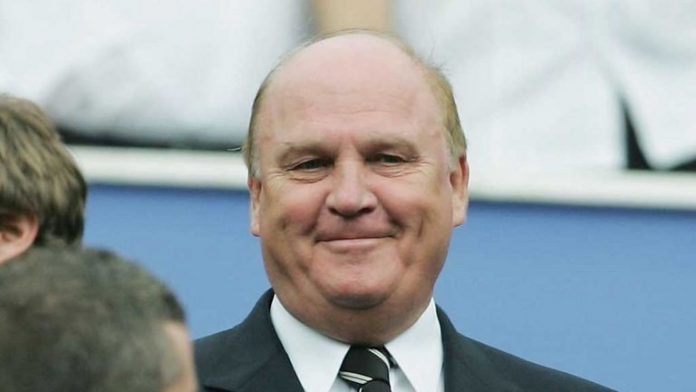 Shepherd, 76, “sadly passed away peacefully at his home last night”, his family have announced in a statement.

Shepherd eventually sold his share of the club to Mike Ashley and recently, along with brother Bruce, was granted the freedom of the city of Newcastle.

He was unable to deliver any major success to Newcastle, although he was responsible for bringing Geordie legend Alan Shearer “home” in 1996.

The former England striker joined in the tributes to Shepherd on Twitter.

So sad to hear my great friend and former @NUFC chairman Freddy Shepherd has passed away. I owe him a huge debt for bringing me home. ??RIP

RIP to the man who brought Newcastle Big Kev, Champions League football and Alan Shearer. Freddy Shepherd – what a man

As much as I despised Freddy Shepherd for sacking Sir Bobby and selling our great club to Mike Ashley.. you can't deny he loved our club.

RIP Freddy Shepherd, yes there were some pretty big controversies, but the good times, for me as a #NUFC fan, outweighed the bad.

Freddy shepherd always has the club at heart, saddest day in Newcastle history when he sold the club #toon

What we would do for a owner like Freddy Shepherd now . Who only wants the best for Newcastle United . #NUFC