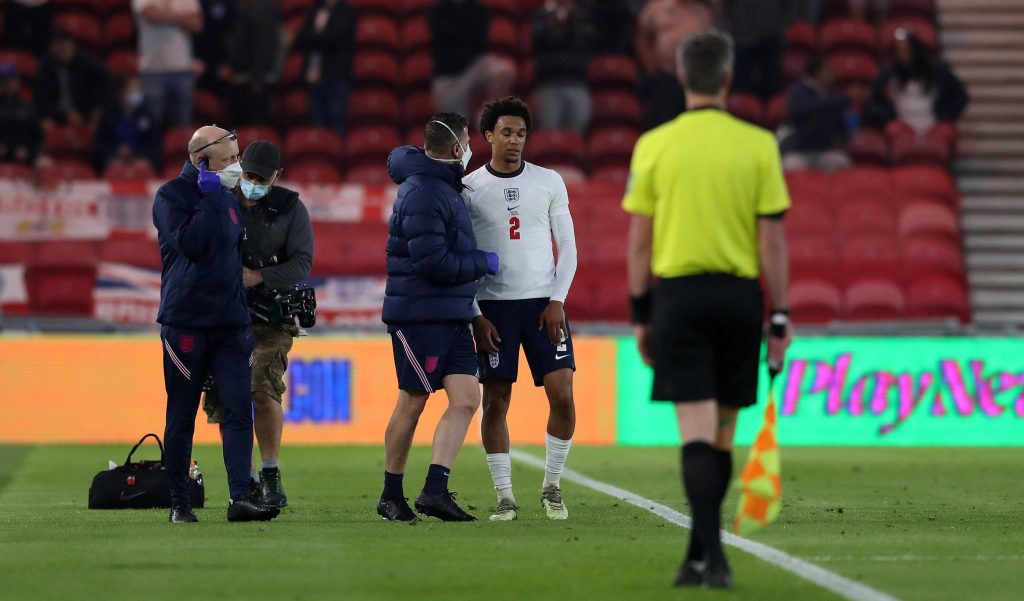 Liverpool defender Trent Alexander-Arnold has recently been ruled out of the European Championships with a thigh injury.

The 22-year-old sustained the injury during the second half of the game against Austria earlier this week and is set to be sidelined for six weeks.

The player has now reacted to his devastating injury blow on Twitter.

The defender has been in sensational form for Liverpool since the turn of the year and could have been a key player for England during this summer’s Euro 2020.

England will miss his quality from set-pieces and his long-range passing. He has been Liverpool’s main source of creativity in recent seasons.

Alexander-Arnold would have expected to make a big impact on the international stage, and it is understandable why he is gutted with the timing of his injury.

Although the player is disappointed with the injury blow, it could be a blessing in disguise for him.

He has been a regular starter for Liverpool over the last few seasons and a considerable rest period could do him a world of good ahead of the start of the next campaign.

England named four right-backs in their squad, and they should cope with the injury blow.

Kieran Trippier, Kyle Walker and Reece James are all good players, although none of them are as adept in forward areas as Alexander-Arnold.