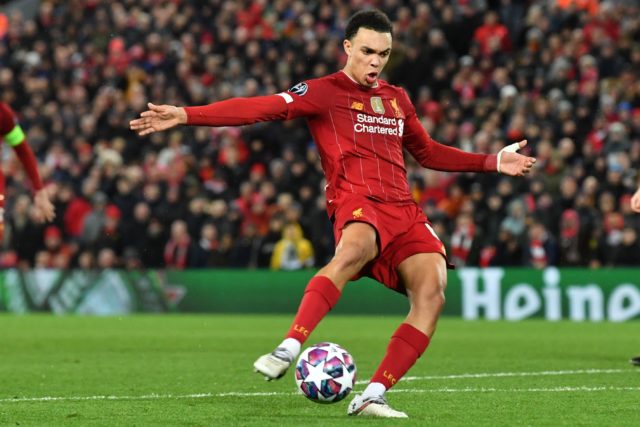 Liverpool right-back Trent Alexander-Arnold is arguably one of the best players in his position in the Premier League. Following the footsteps of club legends Robbie Fowler and Steven Gerrard, the youngster could become the greatest scouse ever to have graced the green blades of Anfield.

Under the tutelage of Jurgen Klopp, Alexander-Arnold is already re-defining the right-back role, with popular pundits like Jamie Carragher and Gary Lineker drooling over his talent on a regular basis this season.

Carragher has compared his passing skills with that of Manchester City’s Kevin de Bruyne, while Lineker has said that the youngster could become “one of this country’s greatest ever players.”

When Alexander-Arnold, who is on £40k-per-week wages, was asked to describe the Liverpool boss in one word, he said to JQ magazine:

“Unbelievable. Just everything about him in every way. His man management… as a person, as a manager. Just unbelievable.”

The young England defender adds that Klopp is someone who cares about the people around him.

Trent added: “He treats everyone as equals. He treats the captain the same as he would a young player. People probably have a conception of him as maybe being very emotional, heart on the sleeve. Which he is to an extent, but he knows how to control it in ways that are beneficial to everyone around him. He knows what needs to be said and what tone it needs to be said in, at the right time.”

Klopp guided Liverpool to their sixth European title last year. The Reds are on the course to winning their first Premier League title in 30 years, although there is a genuine concern how the season will pan out due to the Coronavirus pandemic.