After watching Mesut Ozil almost single-handedly demolish the Australian defense in Durban just four days ago (although it seems more like four weeks ago now), it is understandable that many-a-Premier League side would have upped their interest in the German schemer.

Chelsea remain hopeful of pipping their rivals to the Werder Bremen star’s ‘John Hancock’ due to the fact that they made ‘tentative enquiries’ for the 21-year-old when he moved from Schalke to Bremen two years ago – although what that’s got to do with the price of cheese, I’m not entirely sure!

After witnessing the outstanding display he produced for his country t’other day, Chelsea have renewed their interest in Germany starlet Mesut Ozil and are ready to rival both Arsenal and Manchester City in the race to snap up the £20-million-rated Werder Bremen midfielder. (Daily Mail)

Manchester City have lodged a £30 million bid for Valencia star David Silva, but the Spanish winger admitted that he prefer a move to Manchester United or Chelsea should he decide to move to the Premier League. (Telegraph)

Manchester City are also remaining hopeful of prising England midfielder James Milner away from Aston Villa, after learning that Martin O’Neill doesn’t intend to open contract talks with the 24-year-old until after the World Cup. (The Sun)

Arsenal have withdrawn their interest in Lorient centre-back Laurent Koscielny, after admitting that they are unwilling to meet the French outfit’s £8 million valuation. (Daily Mirror)

Arsenal have, however, completed the £500,000 signing of Feyenoord’s 16-year-old midfielder Kyle Ebecilio. The Dutch Under-17s international will move to the Emirates on July 1st. (Mirror)

Juventus have offered Arsenal’s William Gallas a contract. The Frenchman looks set to walk out of the club as a free-agent after failing to agree on a new deal. (Mirror)

Bayer Leverkusen have opened talks with former Chelsea midfielder Michael Ballack over a return to the BayArena. (Sun)

Former Villarreal and Arsenal winger Robert Pires is entertaining the notion of joining Leicester City next year. The 36-year-old French veteran has admitted he is tempted by the challenge of getting the Championship club promoted to the Premier League. 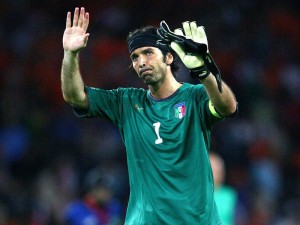 After Gianluigi Buffon put his back out whilst on World Cup duty with Italy, Juventus have stepped up their search for a new ‘keeper – with AC Milan’s Marco Storari, Chievo’s Stefano Sorrentino and Monaco’s Stephane Ruffier all being mooted as possible candidates. (Tutto Mercato)

Palermo striker Fabrizio Miccoli has turned down a £5 million move to Birmingham City in favour of remaining with the Rosanero next season. (Sky Sports)

Fiorentina are close to agreeing a deal with Real Madrid to sign left-back Royston Drenthe, the only stumbling block being the Dutchman’s wage demands. (La Nazione)

Chilean winger Luis Jimenez looks unlikely to remain on-loan at Parma next season as his parent club Inter Milan have not yet resolved a dispute with the his former club Ternano over alleged unpaid fees. (Football Press) 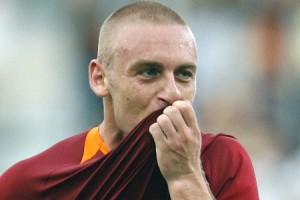 One player leaving the Bernabeu over the summer could be in-form striker Gonzalo Higuain, who may find himself surplus to requirements after new coach Jose Mourinho rebuilds the Real squad in his own image this summer. Manchester United are said to be waiting in the wings for the Argentinian hitman. (MundoFutbol)