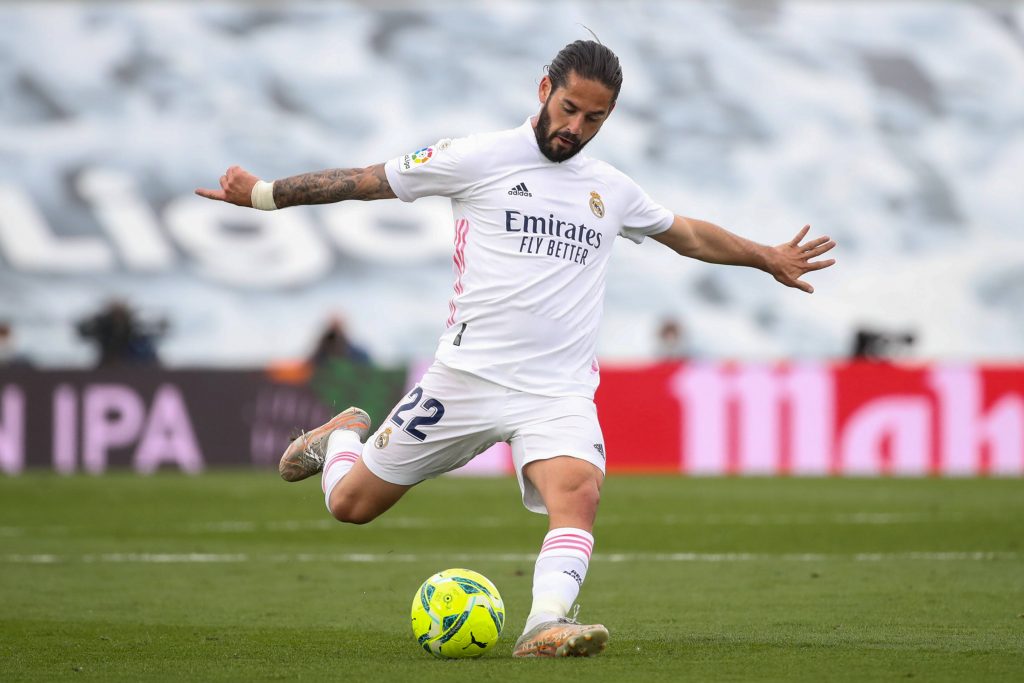 Brahim Diaz is reportedly doing his part in convincing wantaway Real Madrid playmaker Isco to join AC Milan over other suitors this summer.

According to Defensa Central – a source close to the Santiago Bernabeu outfit – the 29-year-old attacking midfielder has been in touch with Diaz to understand the situation at the San Siro.

Isco is increasingly likely to depart Madrid in the coming weeks after falling out of favour in the Spanish capital.

He experienced a disastrous season with Los Blancos, making 25 La Liga appearances, 17 from the substitutes bench.

Having entered the final year of his contract, the ex-Malaga man is a player Madrid would like to get rid of in the summer.

Pressured to comply with La Liga’s salary cap, the 13-time European champions must offload several fringe players, and Isco is among the leading candidates to leave.

Several of Europe’s elite clubs, including Arsenal, have registered an interest in the playmaker.

But Milan could be his next destination, thanks to Diaz.

The 21-year-old forward spent the 2020/21 campaign on loan in Lombardy and only recently secured another two-year loan at the club.

After taking the iconic No 10 from Hakan Calhanoglu, Diaz is expected to occupy an important spot in Stefano Pioli’s tactics next season.

However, without the Turkish metronome to orchestrate the play, Milan need a new high-profile playmaker to fill the vacancy.

It now looks like the Rossoneri have found their man as they plan to step up their pursuit of Isco, encouraged by Diaz’s report.