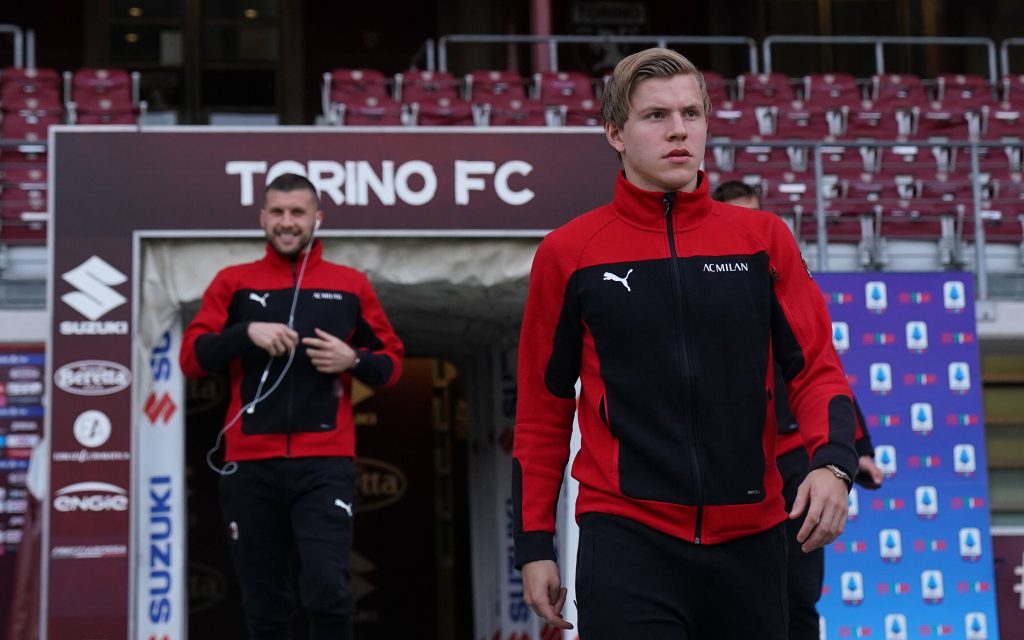 According to Italian journalist Fabrizio Romano, the Germans made a fresh approach for the Norwegian starlet after a failed attempt a fortnight ago.

Milan reportedly turned down Frankfurt’s initial €7 million bid two weeks ago as they continue to stick to their €12m valuation of Hauge.

The Rossoneri paid Bodo/Glimt €5m to sign the 21-year-old winger last October, tying the youngster down to a five-year contract.

Hauge arrived at the San Siro on the back of impressive showings against Stefano Pioli’s side in the Europa League qualifiers.

Although he enjoyed a bright start to his Serie A adventure, the Norway international struggled to hold onto a regular starting berth over the course of the season.

Hauge slipped down the pecking order in the second half of the season, failing to register a single minute of top-flight action in the last nine league matches.

His talent has never been brought into question, but the talented forward needs regular first-team football to fulfil his potential.

Several Serie A clubs have come knocking on Milan’s door to ask about Hauge’s availability, but the player could continue his future in the Bundesliga.

Udinese and Torino were interested in acquiring his services on a season-long loan before Milan made it clear they are only willing to negotiate a permanent move.

That is where Frankfurt come into play.

Die Adler already sold Andre Silva to RB Leipzig earlier in the summer, and they are now on the cusp of shipping Dejan Joveljic out to MLS side LA Galaxy.

With the pair out of the picture, Oliver Glasner is keen to recruit a new forward to boost his team’s chances in the Bundesliga top-four race next term.

Frankfurt seem to be harbouring a genuine interest in Hauge, and there is a feeling the deal could go through in the coming weeks.