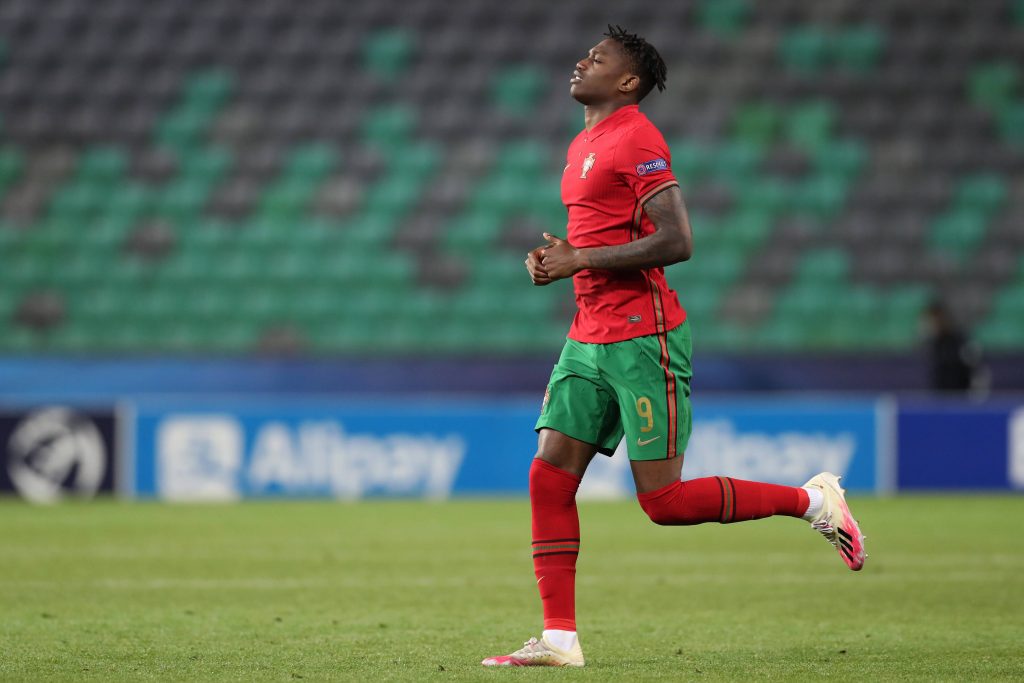 AC Milan have inflicted a transfer blow on Wolverhampton Wanderers after reportedly deciding to keep hold of Rafael Leao.

Although it looked like the Rossoneri wanted to offload the prodigious forward, they have had a change of heart, MilanNews reports.

Just a few hours ahead of Milan’s friendly encounter against Nice, the news of the club’s decision to retain Leao surfaced in the Italian media.

Wolves were interested in the 22-year-old forward, who will spearhead the line for Stefano Pioli’s side at the Allianz Riviera on Saturday evening.

Leao’s representative Jorge Mendes has strong connections with Wolves and was keen on brokering his client’s move to the Premier League.

The Portuguese super-agent has played a pivotal role in assembling a top-class squad at Molineux over the past few years.

But the versatile forward has blown hot and cold at the San Siro, which led to speculation about his potential move to Wolves.

Wolves finished the 2020/21 Premier League season as the sixth-worst attacking side, netting an average of just 0.94 goals per league fixture.

Raul Jimenez’s horrendous head injury was responsible for much of their scoring problems, but the absence of a reliable alternative continues to cause Lage a sizeable headache.

Unfortunately for the Midlands outfit, Paolo Maldini and Ricky Massara hold Leao in high esteem and are unwilling to negotiate the youngster’s departure under any circumstances.

With Jens Petter Hauge increasingly heading towards the San Siro exit, Milan will rely on the Sporting Lisbon youth academy graduate to cover the left-wing next term.