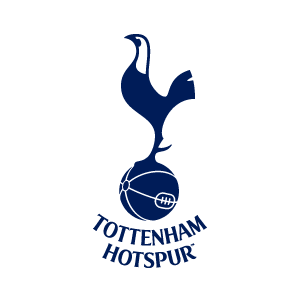 There’s no hiding the fact that the wheels have come off Tottenham Hotspur’s season, but what did fans expect at the start of the campaign?

Whilst I believe that Champions League qualification was always the minimum standard required, many fans are already looking ahead to the summer transfer window and who they want to see at White Hart Lane in 2013.

Up until recently Emmanuel Adebayor was having an excellent season for Tottenham, but the club’s dip in form has coincided with the Togolese forward’s recent slump.

Despite this, Harry Redknapp will be hoping that he can agree a wage package with Adebayor so that he can sign the player on a permanent deal over the summer.

Manchester City seem to consider him surplus to requirements. The 21 year-old Belgium international has become one of the most sought-after talents in Europe following a standout season in which he’s scored 18 goals and set up another 14 for Lille. Hazard will definitely leave in the summer, but with everyone and their dog seemingly clamouring for his signature, Spurs will have to come up with something good to land him. With Ledley King undependable and a host of other injuries mounting throughout his squad, Harry Redknapp could do worse than to look at Jan Vertonghen of Ajax as a summer purchase.

In fact it’s rumoured that he already is.

Vertonghen is valued at £22 million by the Dutch giants with Bayern Munich and Arsenal also rumoured to be tracking the player. If the signing of Emmanuel Adebayor doesn’t go ahead, Harry Redknapp may look to Senegal and Newcastle striker Demba Ba as a possible replacement.

Ba’s goal scoring has cooled since the arrival of Papiss Cisse—largely due to playing out of position to accommodate his international compatriot—but his record in the Premier League is still an impressive one.

Apparently Tottenham have already made two efforts to sign Brazilian Leandro Damiao, but Harry Redknapp is yet to land the exciting forward from Internacional.

With Emmanueal Adebayor set to rejoin City, Jermain Defoe desperate to sling his hook and Louis Saha hardly a long-term option, Tottenham will be looking to completely overhaul their strikeforce in the summer. Spurs failed with bid for Damiao back in January but the striker has claimed they’ve been back in touch since. Chances are Harry will get his man in the next window Reports are out claiming that Premier League clubs Manchester City and Tottenham are being linked with Athletic Bilbao striker Fernando Llorente.

Barcelona are also reported to be after the Spanish striker.  They could be willing to hand Llorente a bumper offer at the Nou Camp which would represent a significant pay rise on his current deal at Bilbao.

However Spurs and City might also be tempted to hand him a chance in the Premier League by offering him deals of their own.

Hoilett, 21, has been in talks over a new deal but has stalled over the terms.

Tottenham, Arsenal and Bayern Munich are keen on the out-of-contract winger and a fee would be decided by a tribunal.

Tottenham could be embroiled in a summer battle with Benfica and Inter Milan for PSV playmaker Georginio Wijnaldum, the 21-year-old Dutch international who has a £20m release clause in his contract.

The Leicester stopper, 25, available for around £2million, has been at the Foxes one season after spells at Notts County and Leeds.

Tottenham want a young keeper to give Brad Friedel, 40, competition and Schmeichel, son of Manchester United legend Peter, has impressed this term.

Spurs are eyeing Armero as a potential replacement for Benoit Assou-Ekotto, who has been linked with Barcelona and PSG.

Colombia international Armero has also attracted enquiries from Liverpool, but Spurs have recently stepped up their interest.

Tottenham and Newcastle are weighing up a move for Javi Marquez, 25, after the Espanyol midfielder turned down a new deal at the club, paving the way for a summer exit. Tottenham are plotting a summer swoop to sign the resurgent Salomon Kalou from neighbours Chelsea.

The Ivory Coast forward, who helped the Stamford Bridge club to a 5-1 win over Spurs in Sunday’s FA Cup semi-final, is out of contract at the end of the season and is yet to agree new terms. Tottenham aim to beat Italian side Udinese to the signature of Portuguese starlet Sergio Ribeiro.

The 16-year-old Porto striker is already captain of the Portugal Under-16 side and is rated one of the best young talents in Europe.

Tottenham and Udinese have sent scouts to watch Ribeiro in action and are preparing to make their move for the teenage superstar in the summer.

Liverpool are facing a fight to keep wonder kid Raheem Sterling as Kenny Dalglish continues to ignore calls for the teenager to be handed a first-team role.

And Tottenham plan to pounce on the uncertainty over Sterling’s future with a shock summer move.

Rossi has been linked with a move away from Villarreal for some time and Spurs boss Harry Redknapp is a known admirer of the £10million-rated Italian.

Several Premier League clubs have been tracking the former Manchester United player, who is out of action until the summer as he recovers from knee surgery, but the north Londoners were at the head of the queue.

However, Spurs are set to miss out on Rossi after the striker’s agent dropped a strong hint that he would be joining Napoli. Newcastle and Tottenham are interested in the services of German international defender Serdar Tasci, 25, but they face stiff competition from rival suitors Roma and Juventus.

Spurs manager Harry Redknapp is believed to be a huge admirer of the Germany international and is hoping to make the defender his newest addition at White Hart Lane.

The 24-year-old was subject to a failed transfer bid last summer and the London outfit are set to approach him once again, though they are apparently not the only Premier League side showing interest in the German international.

With Heurelho Gomes on his way and first choice Brad Friedel not getting any younger, Spurs are in the market for a top class keeper this summer. And they don’t come much more highly-rated than Lloris, the 25 year-old who was recently installed as captain of the French national side. Spurs are thought to be preparing a £10 million bid for the man widely regarded as the next Fabian Barthez. The Serbian star had the chance to join Spurs in January but turned them down and has been making up for it ever since . Krasic is certain to leave Juventus in the summer – although the Serie A side have vowed the out of favour winger won’t leave on the cheap – so the only question now is: where to? Chelsea are known to be interested too, but Spurs remain in the box seat. Despite failing to nail down a regular first team place since moving to Manchester from Middlesbrough two years ago, Johnson still put pen to paper on a lucrative new City contract last last November. The England winger is now committed until 2016 although, as we’ve seen time and again, football contracts are rarely worth the pens they’re signed with. Tricky Johnson is an archetypal Redknapp signing, and a sizeable bid should secure his services in the summer.

Classy playmaker Paulo Henrique Chagas de Lima – or Ganso to his fans – is one of Brazil’s hottest young talents. He’s been on Spurs’ radar for some time now, but recently claimed he was in no rush to leave his homeland and was prepared to continue his development at Santos. Harry Redknapp isn’t one to take no for an answer, however, and should Luka Modric depart in the summer, expect Spurs to test Ganso’s resolve.

Spurs failed with a bid to sign this French international from Nice back in 2010. Remy opted to join Marseille instead, where he’s since averaged around a goal a game since. A bid in the region of £18 million could be enough to tempt the Ligue 1 side to send the man fans call ‘the new Thierry Henry’ on his way, though. The hot-shot behind unfancied Montpellier’s startling Ligue 1 season, Giroud has banged in 19 goals from 29 league appearances and attracted scouts left, right and centre. Arsenal are the current favourites to sign him – Arsene Wenger was so impressed he instructed chief scout Giles Grimandi to compile a dossier on the 25 year-old – but Tottenham will be hoping to steal a march on their rivals.