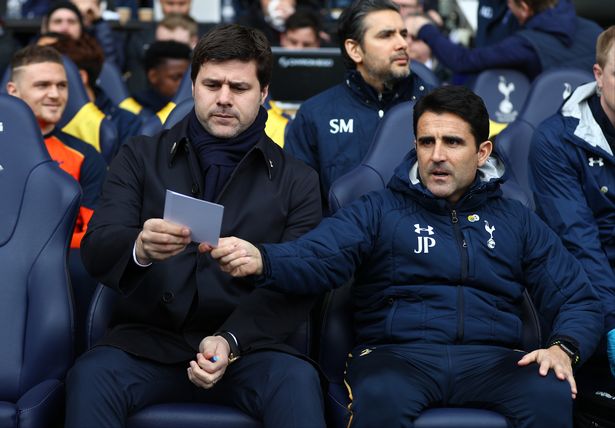 Tottenham assistant manager Jesus Perez has opened up about his life under Mauricio Pochettino.

In an interview with Football London, the Spaniard revealed how he ended up joining Pochettino’s managerial team and he also explained that he does not wish to become a manager in the future.

Perez has worked with Pochettino since his Espanyol days and he revealed that the Spurs boss ‘rescued’ him in football.

The Spaniard was tired with life in football after his stint with Saudi Arabian national team and then with Saudi side Al Ittihad.

He said: “I tell him ‘You rescued me in football’. He laughs but I’d worked with 20 previous managers and I was in the stage in my life where I felt I had to do something. The last three or four years I didn’t really enjoy my job. I was lucky to always get jobs after leaving university but I never knew what was there waiting for me.”

Perez also highlighted Pochettino’s selfless nature and revealed how the Argentine always puts his team ahead of himself during contract negotiations.

He also labeled the Spurs boss as an ‘uncommon’ manager.

He added: “He’s a very uncommon manager, because I’ve had experience with other ones and they’ve been different. If he discusses a new contract then first it’s our contract and then afterwards his contract. Things like that mean so much. He never puts himself first.”

Perez’s loyalty towards Pochettino is undeniable and the Spurs fans will love his commitment towards the club as well.

Tottenham fans took to Twitter to share their thoughts on Jesus Perez’s comments about Tottenham and Mauricio Pochettino.

Fabulous article. What a guy. In Poch & Jesus we trust. COYS. ?

Blessed to have this coaching quartet at the club ??

Good piece a vital part of the spurs machine ? Coys

What a great guy and what he says about Poch just enhances the legend the man is creating around himself and this period at the club. I can’t believe how lucky we are. #COYS