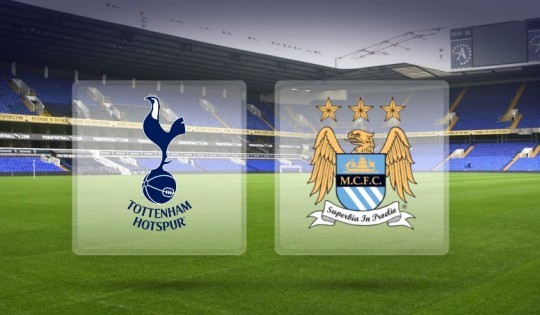 Tottenham host the Premier League leaders Manchester City in this week’s marquee game. The home side will be looking to bounce back from their 2-1 defeat against fierce rivals, Arsenal in the midweek.

The defeat against Arsenal has ended Tottenham’s six game unbeaten run in all competitions and Harry Kane has struggled to find the net. The England international has already been written off as ‘second season syndrome’.

Elsewhere, Manchester City will be looking to recover from their horrendous double defeat against Juventus and West Ham from last week. Manuel Pellegrini’s side looked in good shape as they thrashed Sunderland in the Capital One Cup in the midweek.

With Manchester United closing in, cross-town rivals, Manchester City will be hoping to continue their good run of form against Tottenham and secure an all important three points tomorrow.

Mauricio Pochettino was without his preferred midfielders against Arsenal. Ryan Mason, Moussa Dembele and Nabil Bentaleb missed the game through injury. Although Mason is likely to recover in time for the Manchester City clash, the other two are likely to miss the game.

Tottenham Defenders Toby Alderweireld and Jan Vertonghen are set to come back into the first team after being rested by Pochettino, in the Capital One Cup defeat against Arsenal.

Manuel Pellegrini rested eight of his first team players against Sunderland and will have most of his players fresh and ready to choose from.

Although Sergio Aguero is fit and firing, the likes of Vincent Kompany and David Silva are facing a race against time to be fit for the game this weekend. Mangala and Nasri are set to be ruled out with injury as well.

Manchester City have won eight of the last nine league meetings. They have scored 16 goals to Tottenham’s two in the last four games – winning them all.

City have scored 27 goals in their last eight league games against Spurs at an average of 3.4 a game.

Mauricio Pochettino’s only win in 12 league matches as a head coach against Manuel Pellegrini came in November 2010 when his Espanyol side beat Malaga 1-0.

Sergio Aguero has scored 10 goals in 7 games against Tottenham.