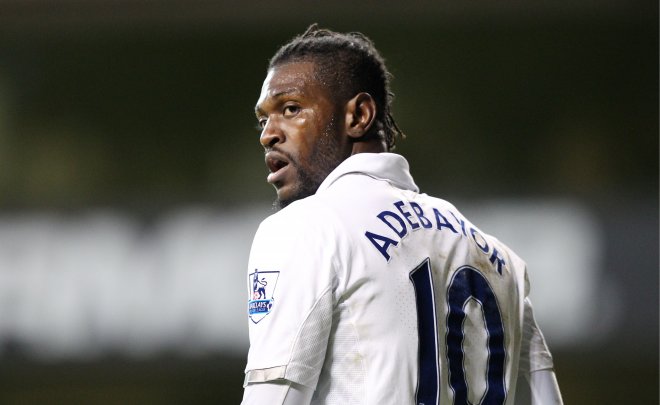 During his time as a Manchester City player, he underwent two season-long loan spells to Real Madrid and Tottenham respectively. Following a successful loan with Tottenham, the London side signed him in 2012 on a permanent deal, but the goals have since dried up. Adebayor made 24 Premier League appearances this season, scoring only 5 goals.

Turkish side Besiktas are reported to have made a £5M bid for the striker, which is being considered by Tottenham. However, his wages, said to be around £80K-a-week, could prove to be stumbling block unless he agrees to a wage-cut.

‘We are definitely interested in him, and have made an offer. Adebayor currently wants more than what we were hoping, talks are ongoing, however we hope to complete the transfer as soon as possible.’ – Besiktas board member Ahmet Kavalci.

While a number of European clubs are keen on signing Adebayor, no other official bid has been made for his services. Tottenham are keen to be heavily compensated for the 29-year old to generate funds to sign a viable replacement this summer.

Adebayor is undergoing talks with both Tottenham and Besiktas representatives, and his future should be revealed in the coming weeks.