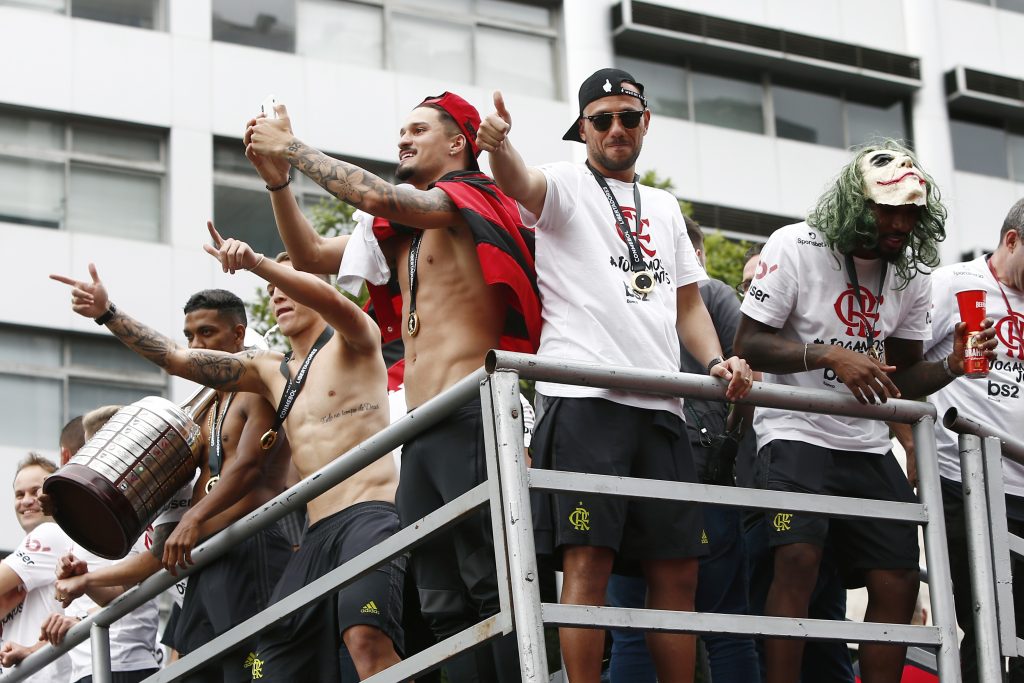 Tottenham are keen on signing the Brazilian midfielder Gerson this summer.

According to reports from Brazil (translated by Sportwitness), the Londoners have made their move to sign the 23-year-old Flamengo star.

Apparently, they have submitted an official proposal of €18m.

Gerson has been linked with Chelsea in recent weeks as well and he is valued at €35m if the reports are to be believed.

It will be interesting to see how Flamengo respond to Spurs’ proposal in the coming days.

The offer is well below their valuation of Gerson and they are likely to turn it down. The report also adds that Gerson is keen on staying at the Brazilian club for another season.

Spurs could use a midfielder like Gerson in their starting lineup next season and he would be a superb signing for them.

The Brazilian showcased his talent against Liverpool in the Club World Cup game earlier this season. He seems ready to make the step up to the Premier League.

Spurs have a tight budget this summer and they might not be able to pay over the odds for their targets. If Flamengo stick to their valuation of Gerson, the transfer might be hard to complete for the Londoners.