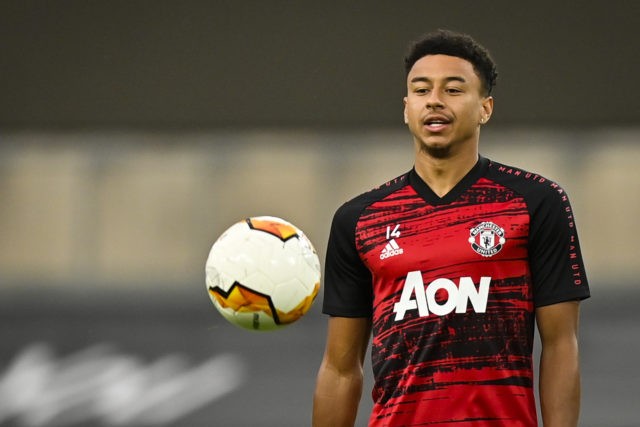 Tottenham Hotspur have been linked with a move for Manchester United attacking midfielder Jesse Lingard this month.

Earlier this week talkSPORT journalist, Alex Crook, claimed that a host of Premier League clubs are interested in signing the England international, including Tottenham.

With Dele Alli’s future at Spurs remains in doubt, there have been suggestions that Jose Mourinho would like to bring his former player, Lingard, to the north London club.

However, Alasdair Gold of Football London has reported that Spurs are not currently looking to make a move for the 28-year-old.

Many Tottenham fans have taken to social networking site Twitter to express their reactions. While a majority of the fans are relieved that Spurs are not interested in him, there are others who feel that Lingard won’t be a bad signing for the club.

“Currently”. That makes me afraid…

Why not? He’d be a great addition to the squad! Please, pretty please!

And I hope they never do. We need to progress not take other team’s cast offs. I’d forgotten he even existed not having seen him this season.

jose's obsession to this guy is killing me

I’d actually take him over Dele tbh. He would be more positive and harder working than the player we’ve had over the last 18 months.

Thank gawd. Lingard already scored this year, so it means he won't score for another 18 months.

Alli has struggled to make an impact at Spurs and probably a loan move away from the club will be good for his confidence.

However, Football London claims there are many within the club who do not want to see Alli leave the club, as they feel the England midfielder only needs to get his confidence back to return to his old best.

Lingard has made just three appearances in all competitions this season, and he is yet to play in the Premier League. While Lingard did well under Mourinho, it seems highly unlikely that Spurs will move for him this month.