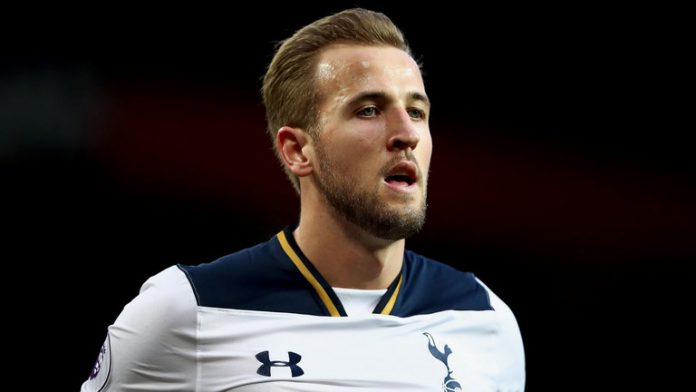 Former Tottenham Hotspur striker Teddy Sheringham believes Harry Kane could be tempted by a move away from the club.

Kane scored twice as Spurs won 3-2 at West Ham on Saturday to move up to fourth in the table.

The 24-year-old has now scored 82 goals in the Premier League and Sheringham says he can break Alan Shearer’s record of 260, if he stays in the English game.

“There’s been a lot of talk about that and if he stays fit and stays in the Premier League there’s every chance he will,” Sheringham told Sky Sports.

“But he could go anywhere in the world.

“If he is not happy at Tottenham his agent will make it known and he will go wherever he wants to go, he’s that good.”

Kane’s double against West Ham took his goals tally to four this season, although he is yet to score during a home game.

The England striker has been linked with both Real Madrid and Manchester United in the past, but it’s debatable whether a move to either would be in Kane’s best interests.

Madrid star Karim Benzema has just renewed his contract with the La Liga giants, while United’s purchase of Romelu Lukaku blocks Kane’s route to the central striking role he favours.

Sheringham isn’t wrong when he suggests Kane could play anywhere in the world, but his career would be best served by staying with the London club.

Tottenham have come close to winning silverware over the past couple of seasons and Kane’s goals will surely help them seal the deal in the near future.