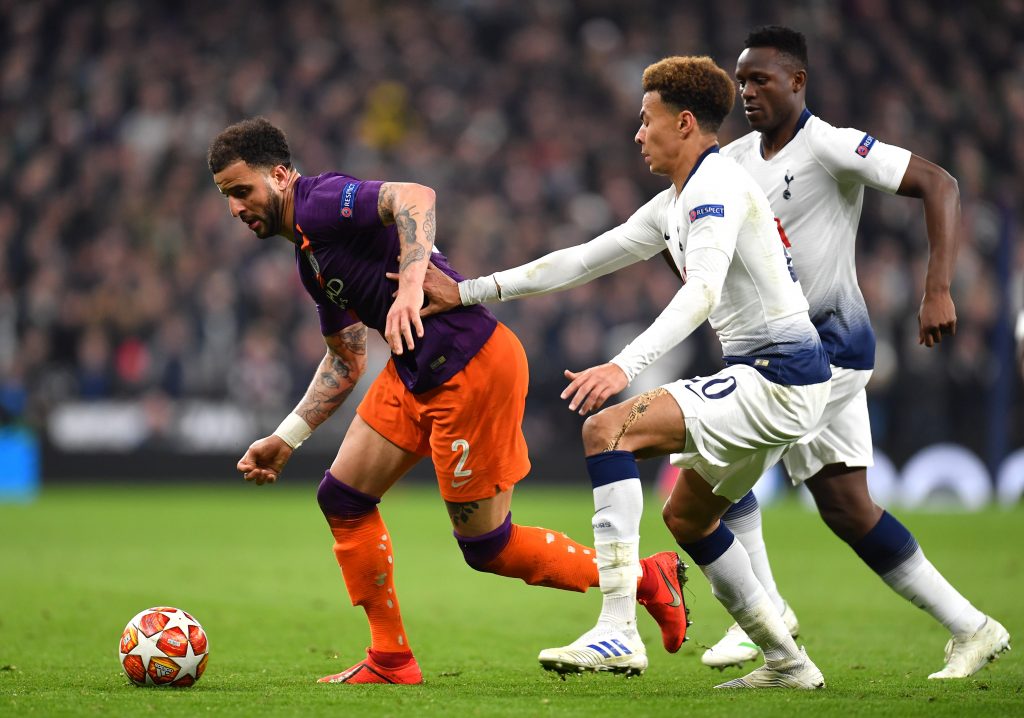 According to The Sun, Manchester City right-back Kyle Walker could be fined for breaching lockdown once again after visiting his parents and sister within a 24-hour period.

The England international found himself in hot-water last month for breaking the lockdown and social distancing rules after hosting a party, and is in the news again for not following measures put in place to curtail the spread of the coronavirus.

Walker has since taken to Twitter to defend himself, apologising and criticising the negative attention his family has been receiving from the media as a result.

Tottenham Hotspur star Dele Alli has leapt to the defence of his friend and former teammate at club level, reacting thus to his post thus on his Instagram story: 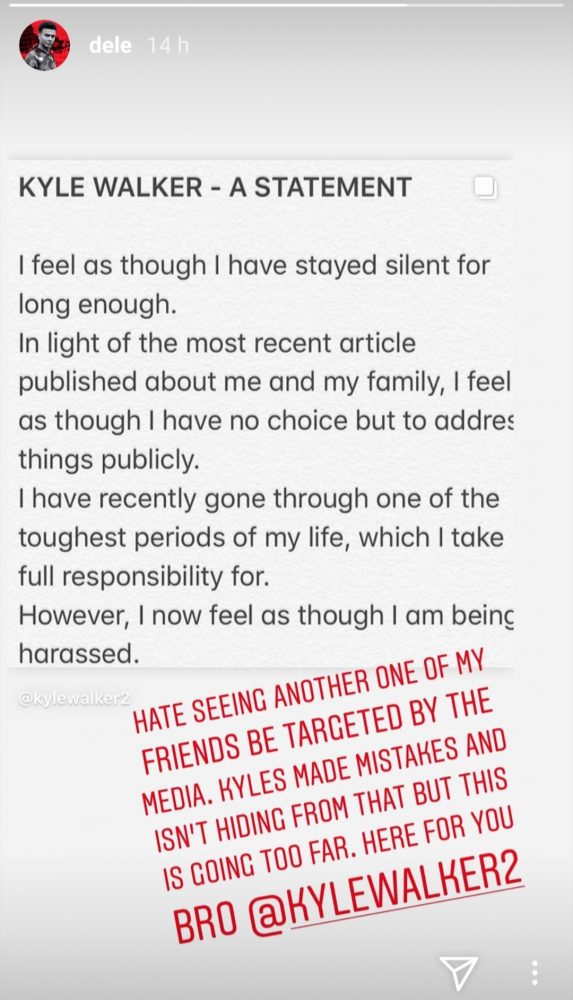 Footballers and celebrities continue to come under unnecessary scrutiny at such a time, and it remains to be seen if the press will relent on digging into their personal lives anytime soon.

Alli himself has had his fair share of negative press, and the Tottenham midfielder has done well to publicly support Walker.

The City star risk jeopardizing his Three Lions career if he keeps getting into the news for the wrong reasons, and it will be interesting to see if he can force his way back into the squad after falling out of favour of recent.

Alli also missed out of the squad last time out and the Tottenham star will hope to do enough to return to the team ahead of Euros 2021.