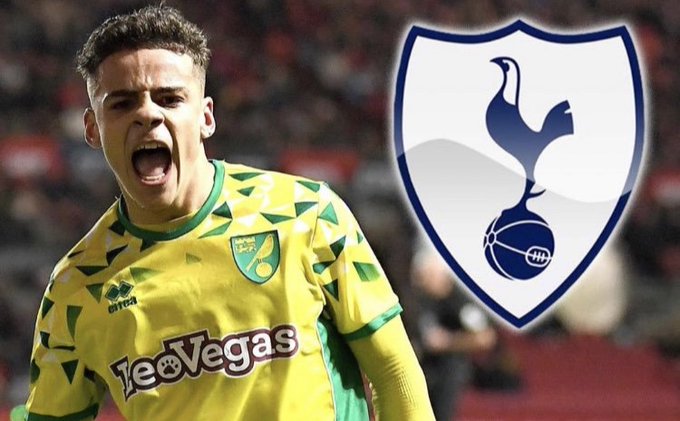 The Canaries have struggled to maintain consistency since beating Manchester City at Carrow Road, and lost 3-1 against Manchester United on Sunday.

Some of the Norwich City players are attracting interests from top Premier League clubs, and one of them is right-back Max Aarons.

The 20-year-old has come up through the club’s ranks having moved over from Luton Town in 2016. He was one of the standout players last season in the Championship, and has impressed in the Premier League as well drawing the attention of Tottenham Hotspur.

Spurs could be looking to sign a right-back in January, and have earmarked Aarons as a potential option. In fact, Spurs have opened talks to sign the player in the January transfer window.

Norwich probably won’t be keen to lose Aarons mid-season, but Farke has admitted that it may be possible. He has suggested that he will just have to accept if certain players want to move on to big clubs.

Many Tottenham fans have taken to social networking site Twitter to express their reaction. Here are some of the selected tweets:

Would love this to happen 👍🏻 pic.twitter.com/p0nVX5RLy6

Pay a fee and include KWP in deal as make weight or on loan to cover him and see if KWP performs.
Good signing if happened

Please god, let this be true

Aarons is a promising young talent, and he would be a very good addition to the side.

Serge Aurier has been hugely disappointing this season, while Kyle Walker-Peters hasn’t really made a solid impact as expected.

However, Aarons has a contract at the club till 2024 and therefore Spurs will have to spend big to sign him in January.