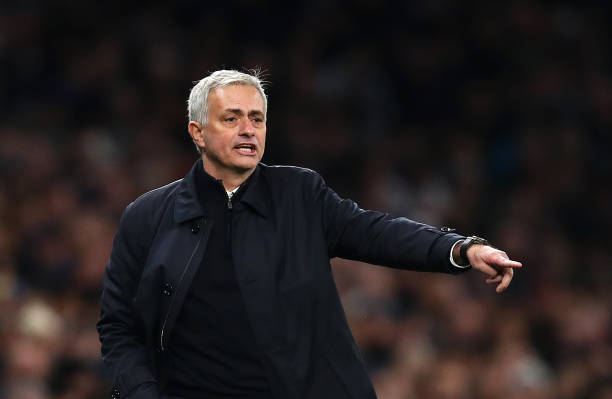 Tottenham Hotspur will resume their Champions League campaign with a visit from Bundesliga side RB Leipzig next Wednesday (19th February), and boss Jose Mourinho is already preparing for the first-leg of the round-of-16 clash.

The Portuguese travelled to Germany yesterday to watch Leipzig face Bayern Munich in a top-of-the-table clash, and he would have surely picked up a thing or two about Julian Nagelsmann’s side.

Sunday’s game at the Allianz Arena ended in a goalless draw, and Leipzig remain with a point behind league leaders Bayern.

Spurs will fancy their chances against the German side when they come visiting, and it will be interesting to see how Mourinho looks to outwit Nagelsmann.

Tottenham are by no means one of the favourites for the Champions League prize this term, but after reaching last year’s final, the Portuguese would look to emulate Mauricio Pochettino by surpassing everyone’s expectations, and getting a good result at home against Leipzig will be massive.

Mourinho’s decision to use the winter break to scout an opposition has impressed Spurs’ fans, and here is how some of them have reacted to it on Twitter:

Jose watching Leipzig’s clash at the Allianz under 2 weeks until we face them. We’re gonna witness a Mourinho masterclass pic.twitter.com/tHyV62QfNq

It’s over for Leipzig I’m afraid.

Spurs are dark horses for the UCL, purely on the basis, they have Mourinho on the touchline. https://t.co/WvVmmKNQGh

Leipzig ain’t ready for this smoke

This guy invest in his trade

Guy on a mission