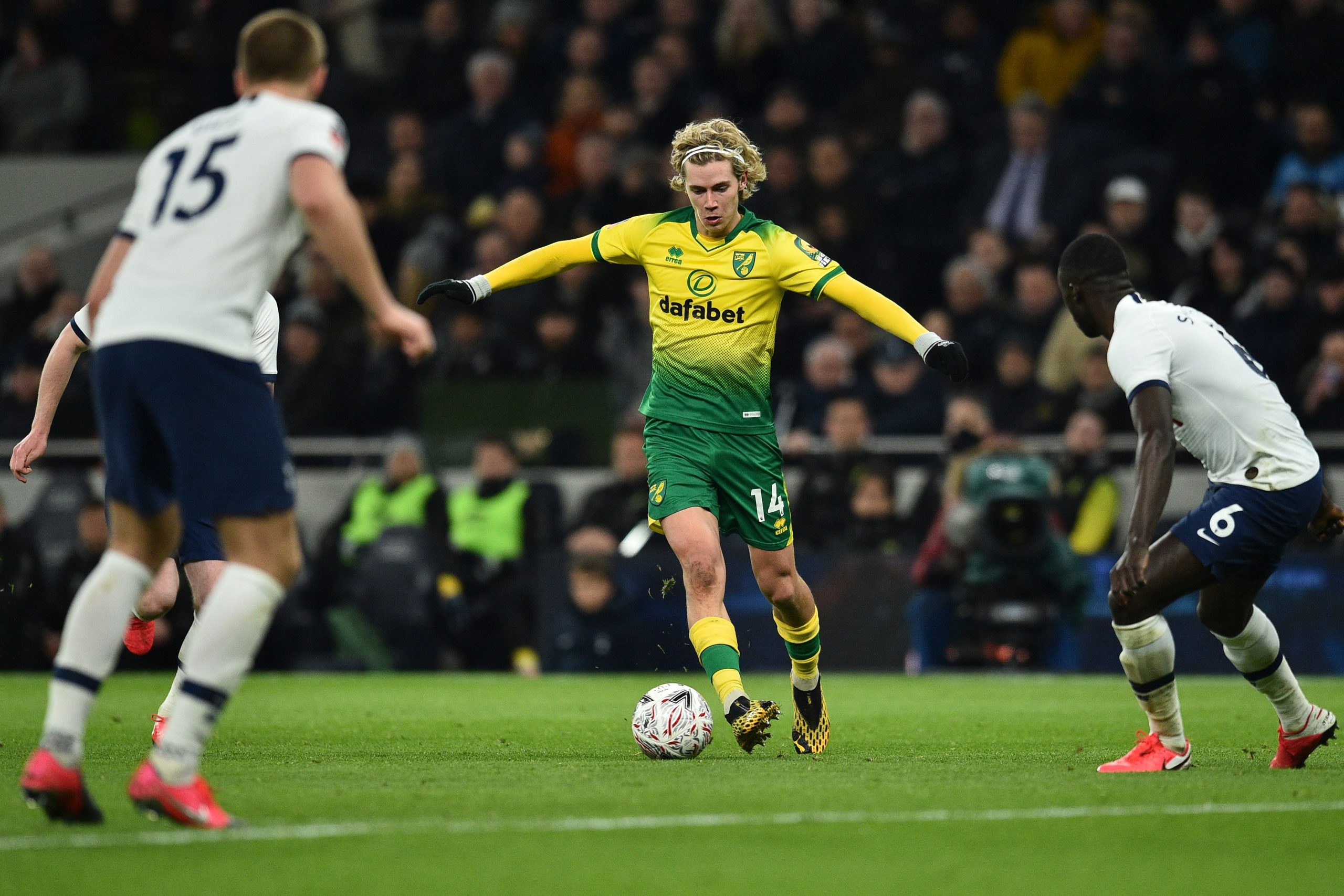 Tottenham Hotspur are interested in landing the signature of Todd Cantwell from Norwich City during the summer, a report from Football Insider claims.

Cantwell, 22, has been one of the standout performers for the Canaries since their return to the top-flight this term and he has contributed six goals and two assists from 29 league appearances.

His progress has already attracted interest from the likes of Liverpool and Manchester City but Spurs are aiming to lure him to the Tottenham Hotspur stadium, having already made several enquiries this season.

Spurs have had success working with young English players over the years and they currently have a strong core with the likes of Harry Kane, Dele Alli, Harry Winks and Eric Dier.

Elsewhere, Japhet Tanganga has impressed in his breakthrough season while last summer’s signing Ryan Sessegnon has fared decently after recovering from a long hamstring injury setback.

Taking this into regard, Spurs are the ideal club for Cantwell to continue his development over Liverpool or City, where he may struggle to earn any playing time in the league.

Spurs boss Jose Mourinho has previously been criticised for under-utilising the young players at his former clubs but there has been a visible change in the Portuguese’s policy.

Tanganga has been a surprise and exciting inclusion in the first-team plans during the backend of the season and that should provide Cantwell the encouragement to break into the XI, if he makes the move.

Cantwell’s current deal with the Canaries expires in the summer of 2022 and he appears likely to leave the club during the summer, particularly with their possible threat of relegation.