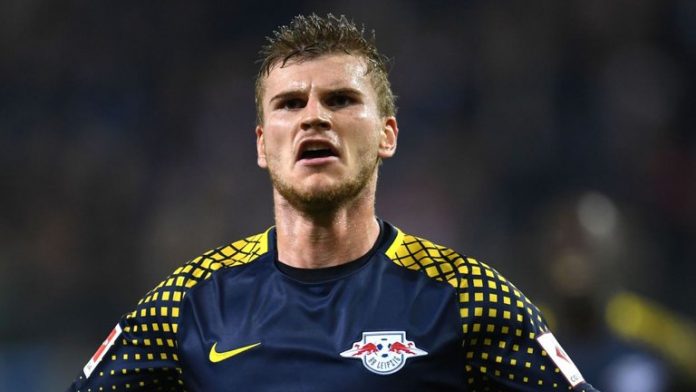 Tottenham’s hopes of signing Timo Werner have been boosted after RB Leipzig coach Ralph Hasenhuttl questioned the player’s attitude during his side’s Champions League defeat to Besiktas on Tuesday.

The Germany striker was withdrawn after 32 minutes after complaining of suffering from dizziness brought on by the loud atmosphere inside the stadium.

Goals from Ryan Babel and Anderson Talisca secured the points for the Turkish champions and Hasenhuttl was unimpressed by Werner’s request to be substituted.

“He asked to come off so I took him off,” he said.

“It is impossible to prepare your team for an atmosphere like this. There was a deafening noise and at the start of the game we were a bit affected.

“For me, as coach, it is important to see who I can rely on in moments like these, who is prepared to defend himself against what is going on on the pitch.

“To encounter such an atmosphere was too much for some.”

Werner has been linked with a move to both Spurs and Real Madrid after some excellent performances with both Leipzig and Germany.

The 21-year-old impressed for the Bundesliga side last term, bagging 21 goals in all competitions, and has notched another six this term.

Spurs’ boss Mauricio Pochettino is a known admirer of Werner and Hasenhuttl’s criticism will undoubtedly alert him to the possibility of securing his services.