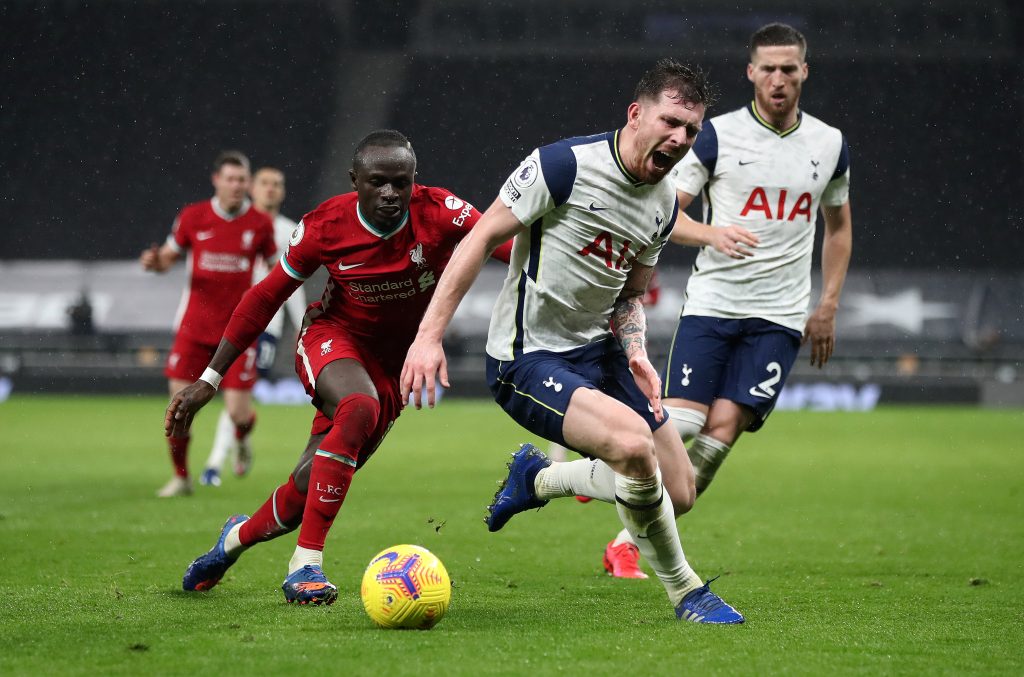 Tottenham Hotspur were beaten by Liverpool 3-1 in the Premier League last night and the fans will be disappointed with some of the performances from their players.

The home side conceded three poor goals which could have been easily avoided. Even Jose Mourinho blamed the defeat on individual mistakes at the end of the game.

Spurs defender Matt Doherty put on a disappointing display for his side and the fans took to social media to criticise his performance after the match.

The 29-year-old defender played as a left-sided full-back and kept giving the ball away during the first half. He was clumsy with the ball and that led to numerous counter-attacks from Liverpool.

When he was switched to the right-hand side in the second half, he failed to raise his performance levels and was one of the worst players on the pitch last night.

Doherty was excellent for Wolverhampton Wanderers in a similar role before moving to the London club but his form has regressed considerably at Spurs.

With Serge Aurier not being a preferred option for Mourinho either, it will be interesting to see if Spurs invest in a new right-back soon.

Here is what Tottenham fans had to say about him.

I’m not certain I’ve seen a worse individual performance by a Tottenham player this season than Matt Doherty has put on tonight.

Matt Doherty has been awful for us

i’ve seen some bad right backs at my club in my time but Matt Doherty is up there with the worst.

Matt Doherty should hand in his letter of resignation tomorrow morning.

Doherty is making me more nervous than I am normally

Matt Doherty needs to self isolate for the rest of his career. No talent, no balance, no tech. Just vibes.