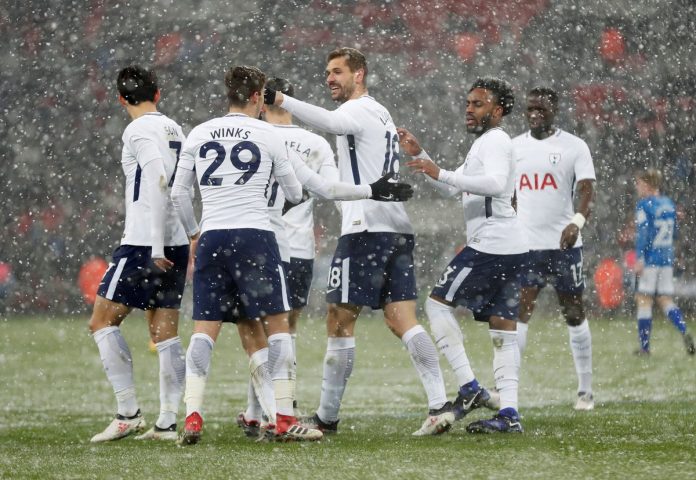 Liverpool will begin their 2019/20 European campaign on Tuesday night against Serie A giants Napoli at the San Paolo stadium.

The reigning European champions are in red-hot form at the moment, having won all of their opening five Premier League games.

Ahead of the match, former Tottenham striker, Fernando Llorente has said he wants to take revenge on Liverpool after the hurt of losing the 2018-19 Champions League final in Madrid.

The Spaniard came off the bench in the game but couldn’t prevent the Reds from winning 2-0 and lifting the Champions League trophy for the sixth time in their history.

It was also Llorente’s last match for Spurs as he was then released by the north London club in June.

The veteran striker, who has 24 caps for Spain, signed for Napoli at the start of September, and he will be facing Liverpool tonight in the first European game of the season.

He said as quoted by Liverpool Echo: “It was painful to lose the final, it’s certainly revenge but above all it’s an opportunity to show that we can stay at their level.”

Llorente was a popular figure among the Spurs fans, and his latest comments have given another reason for them to love him more.

Many Spurs fans have taken to Twitter to express their reaction on Llorente’s comments. Here are some of the selected tweets:

Build him a statue

It’s impossible to hate this guy

just when i didn’t think i could love him more

That would be awesome!

That guy is fantastic