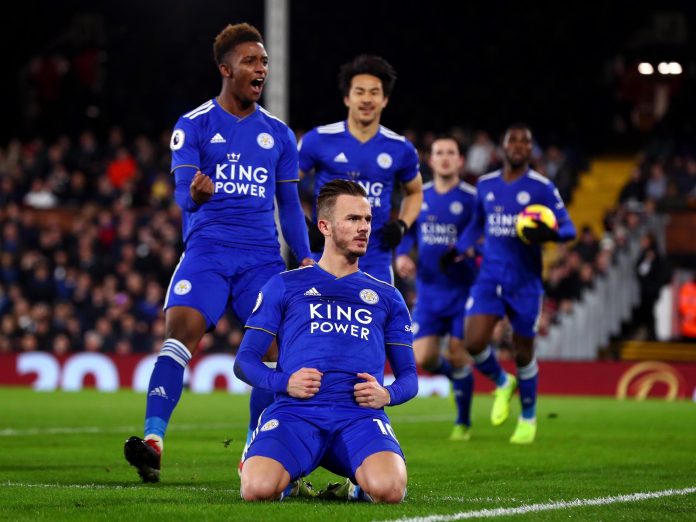 Tottenham are considering a summer move for James Maddison if they lose Christian Eriksen.

The Danish playmaker has been linked with a move to Real Madrid and he hasn’t signed an extension with the Londoners yet.

Apparently, Eriksen’s current deal expires in 2020and he is a summer target for La Liga outfit Real Madrid.

Daily Mirror claims that Pochettino is eyeing up a move for the Leicester City star who joined the Foxes in a £24m at the start of the season.

Maddison impressed in the Championship with Norwich before making the step up and he has continued that form with Leicester City in the Premier League.

The English attacking midfielder is already one of the best creative players in the league this season and he would be a quality addition to most teams in the country.

Eriksen is a top class player and losing him would be a massive blow for Pochettino. However, Maddison could be the ideal replacement. The Tottenham manager could develop him into a Premier League star.

The 22-year-old has scored 5 goals for Leicester City so far this season.

Apart from his goals, Maddison is excellent at linking up with the attackers. His set-piece prowess is a bonus.

Leicester City might not be willing to sell their prized asset after just one season at the club and Spurs will have to pay over the odds to secure his services.

There is no doubt that Daniel Levy will have to break Tottenham’s transfer record if they want to sign James Maddison anytime soon.